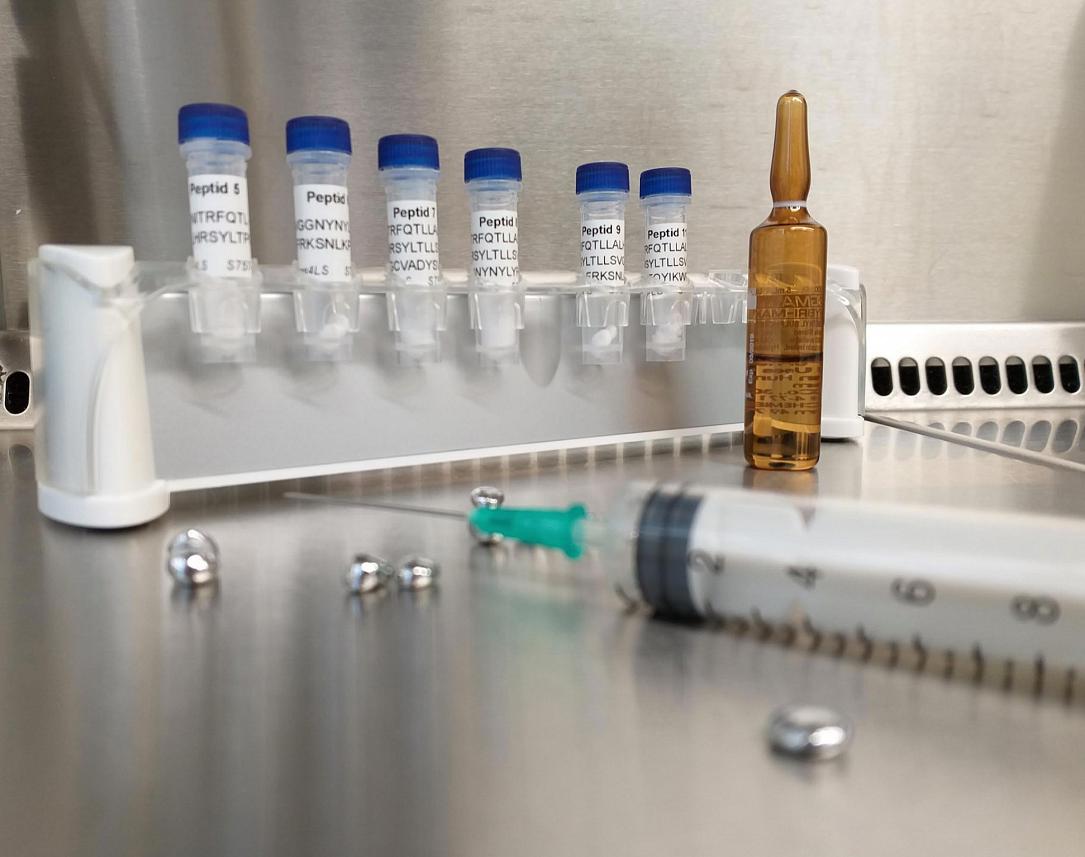 Researchers working with the Center for Gene and Cellular Therapies in the Treatment of Cancer – OncoGen in Timişoara, in western Romania, have started testing a Covid-19 vaccine, the center announced. The vaccine is currently meant for laboratory testing on human cells.

OncoGen announced several weeks ago it was working on a vaccine, using a method that is applied in the development of cancer immunotherapies, Virgil Păunescu, the director of OncoGen, told HotNews.ro at the end of February.

According to a presentation on the OncoGen website, the institute is proposing “a novel approach for producing epitope-based peptide vaccine candidates for the novel China coronavirus (nCoV). […] The approach that we used for designing potential peptide vaccine candidates takes a more personalized strategy, referred to as vaccinomics, which enables the selection of target viral proteins with low mutation rates, and the design of peptides tuned to the immune characteristics of the target populations, variable based on geographic location and ethnicity.”

Păunescu previously told Hotnews.ro that although Romania does not produce vaccines, the development work was meant to “send a signal that we were there, working shoulder to shoulder with those who have something to say.”

After developing a potential method to produce the vaccine, the OncoGen team published their work on their website and sent it to other researchers in Europe and the United States, hoping to help the countries that can produce vaccines.

“Our country does not currently have the resources to produce such a vaccine. But the researchers from the OncoGen Center in Timișoara have sent the potential method of producing the vaccine to their colleagues in countries in Europe and the United States, those who can take it further, meaning to produce the vaccine,” Păunescu explained for Hotnews.ro.

An outline of the method they propose is available here.

The team of researchers in Timișoara says they already received feedback from some of their colleagues and are working on improvements.

The team, made up of Florina Bojin, Oana Gavriliu, Michael-Bogdan Margineanu, and Virgil Păunescu, published the article on February 8, on preprints.org, a platform dedicated to making early versions of research outputs permanently available and citable. The article is titled “Design of an Epitope-Based Synthetic Long Peptide Vaccine to Counteract the Novel China Coronavirus (2019-nCoV).”

OncoGen says a similar article was published two weeks before on the institute’s website. They later found out that on March 3, a group of Chinese researchers published an almost identical article.

OncoGen said they were contacted by the embassy of China with the request to collaborate with the Chinese researchers in implementing the novel technology. “We agreed and we have the correspondence to prove this. But we did not agree with them taking over the results of our work and then adding All Rights Reserved. So while the Romanian media sometimes wrote about it, even ironically, the Chinese researchers were heavily inspired by it. Nonetheless, we will go further with implementing our technology …  even though the Romanian authorities saw numerous references to this vaccine, nobody offered to lend a helping hand,” OncoGen representatives said, quoted by Euractiv.ro.

The research OncoGen undertook about a potential Covid-19 vaccine derives from their research on oncological immunotherapies, in an EU-funded project. Since 2016, OncoGen has been involved together with Dresden University of Technology and Goethe University Frankfurt in the research project- “Chimeric antigen receptor targeted oncoimmunotherapy with Natural Killer cells,” Euractiv.ro reported.The project, amounting to RON 8.9 million (some EUR 2 million), is co-financed by the European Regional Development Fund under the Competitiveness Operational Programme 2014-2020.