My Romania Story - Andrew Howe (Brit): There is so much to love about this beautiful country 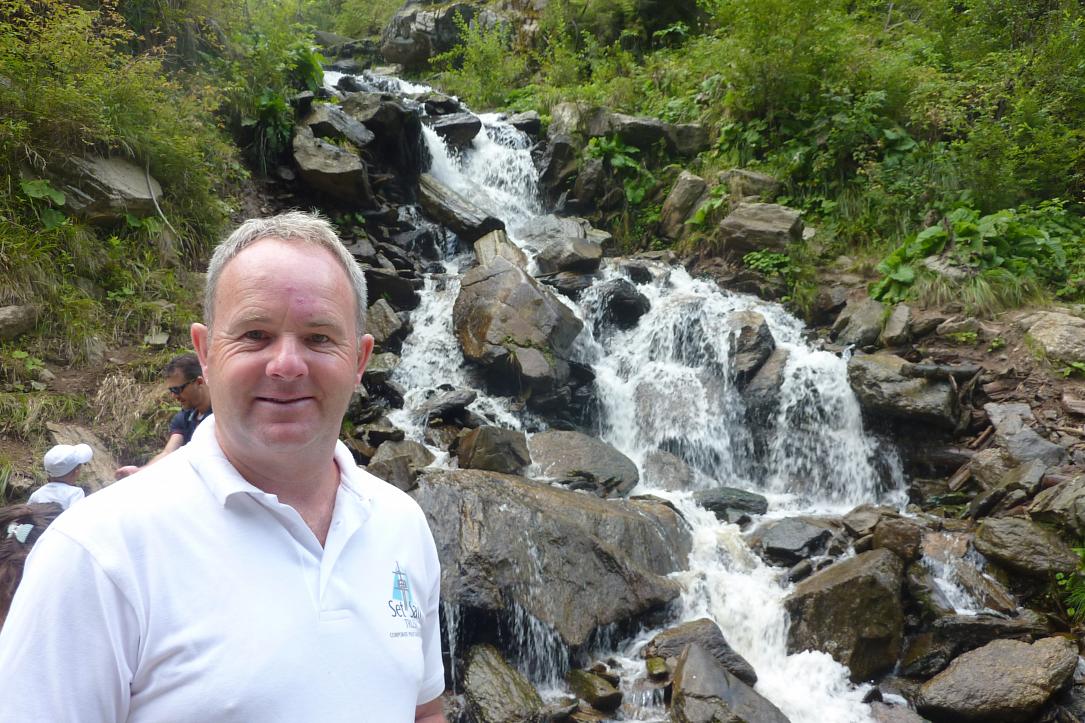 As part of our Romania Appreciation Weeks campaign, we're inviting our readers to share their stories and tell the world what they love about the country. Andrew Howe, a Brit married to a Romanian, joined our campaign and filled in this questionnaire. Below you can read more about how his Romania story started and what he loves about the country.

Andrew Howe's connection to Romania began when he met his Romanian wife. He says he soon fell in love with the country's culture, history, and food, which he calls delicious, although not always healthy.

He contrasts the negative press the country still receives because of corruption issues to the beautiful natural landscapes he encountered and the "kind and welcoming" people he met. At the same time, he sees deforestation as one of its major issues and advocates for the preservation of forests and the wildlife they provide a home to.

In a wider list of favorite places in the country, he also shares several sites that can prove interesting for fans of Bram Stoker and his Count Dracula character, and a lesser-known one related to ruler Vlad the Impaler.

What is your name and how old are you?

What is your nationality and where do you live now?

What is your connection to Romania?

My wife is a Romanian citizen.

Is Romania an important part of your life and why?

I first came to Romania in 2005, having met my wife in Guernsey in the Channel Islands, where I was born. I instantly fell in love with the country, the culture, the food, and history. There is something very special about Romania and the Romanian people. I visited quite a few times later, and we travelled quite a bit around the country, having rented a hire car in Bucharest.

I decided fairly quickly that I wanted to buy a house in Romania, and having visited Snagov and one of my wife's closest friends who live in Vlădiceasca, I decided that this would be a great place to own a property. Our first property fell through, but when we were driving, we saw a wooden house that was for sale. We loved the property, and, despite the fact it needed a lot of work, decided to buy it.

What are the things you like about Romania and why?

Romania is a very special place. The people are very warm and inviting. The history is fascinating, and I love the nature, the mountains, and the lakes. The food is delicious, although not always healthy, as the Romanians tend to eat a lot of pork and sour cream. Bucharest has some wonderful buildings to visit and museums.

Unfortunately, there is still a lot of deforestation. As I live near the forest, I see quite a lot of trees being cut, which is such a shame as these forests are old and have deer, boar and in the mountains bears and wolves as well as many other animals and birds including eagles.

The forests are meant to be preserved now, but this has caused a lot of problems, and in some instances, the forest managers have been killed, injured, or threatened if they interfere.

Much more needs to be done.

Romania still has a negative press abroad due to corruption and poverty. The country is trying to heal its wounds caused by Communism, but for many Romanians there is still no proper sanitation, and many live in poverty. Despite this, the country is very beautiful; there are lakes, mountains, and the Black Sea. The weather is warm/hot in the summer months and cold in the winter months, which is good for winter sports.

The people are very kind and welcoming. There are many interesting places to visit and an interesting history.

I am still exploring Romania, but Bucharest has to be visited for its museums, restaurants, and parks. Ceaușescu's palace [e.n. Casa Poporului/People's Palace. Primăverii Palace, a former residence of Ceaușescu, in Bucharest, can also be visited] is the second largest [e.n. administrative] building in the world, and a visit here is a must. It's also interesting to visit Peleș and the other castles outside of Bucharest. Bram Stoker / Dracula fans will probably also wish to visit Bran or Sighișoara. We live near Snagov Lake, and this has a beautiful monastery where Vlad the Impaler was (apparently) buried.

Anything else to share with us that was not covered in the questions above?

If you have not already visited Romania, it should be on your list. There is so much to love about this beautiful country. I can see why many Romanian's abroad wish to return here.