Flamingos spotted in the Danube Delta 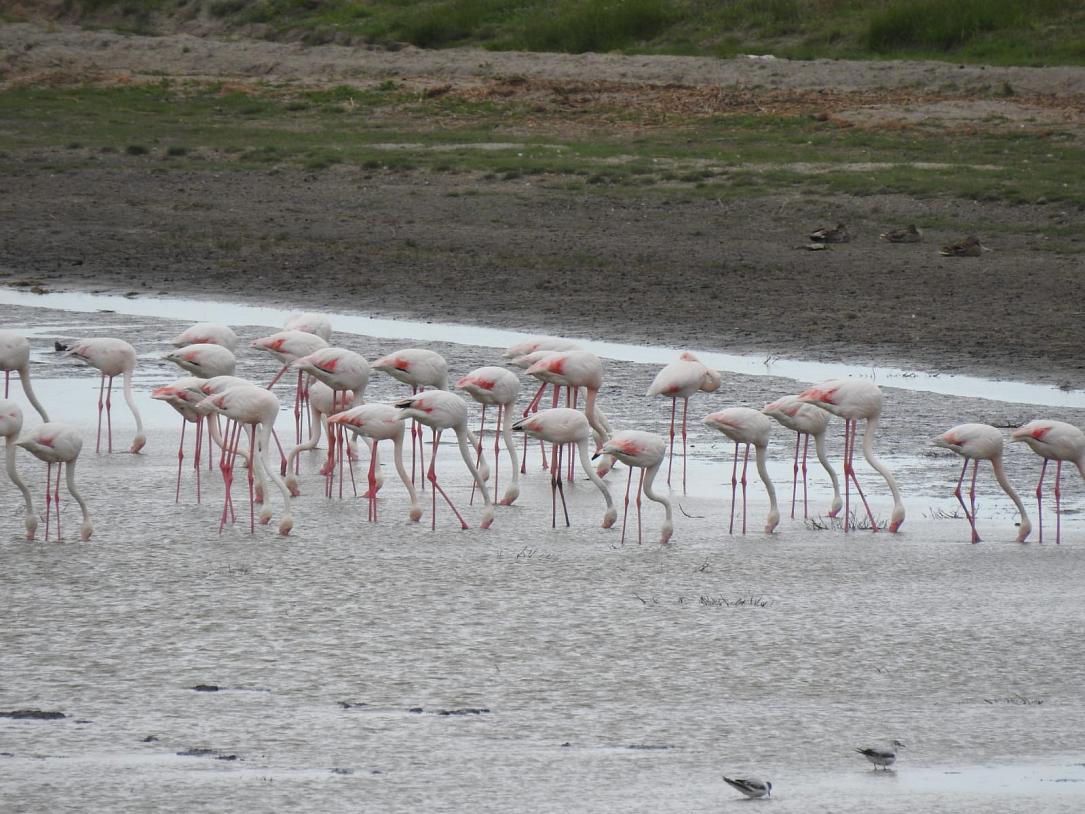 The favorable conditions, the diverse habitats and ecosystems, and the varied food in the reserve attract new species or those that were sporadically seen in the area of the reserve, ARBDD explained.

On May 25, the staff of the reserve saw 49 flamingos while monitoring the protected area of the Sarături Murighiol lake.

The same day, another 60 flamingo birds were spotted in the area of the Tuzla lake, in the reserve.

The flamingos live in colonies. The female flamingo lays one egg, and the mother and father take turns to incubate the egg. Their plumage changes the color because of the diet, and the birds have various shades of pink depending on their location and the available food, ARBDD explained.