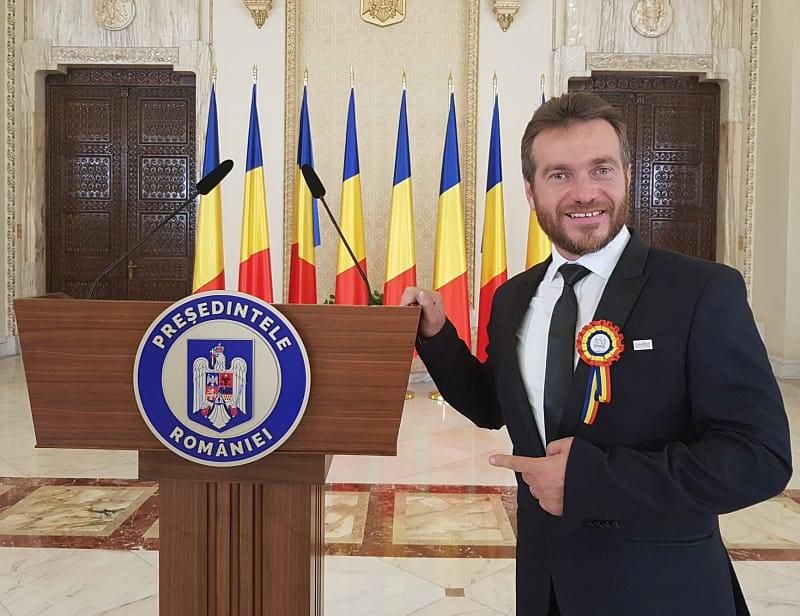 Romanian librarian and endurance swimmer Avram Iancu has decided to join the presidential race this year. He made the announcement on his personal blog, and said that he would run as an independent.

“In this historical day of August 7, 2019 I announce the intentions for the future five years of my life and of Romania; I will swim in the most troubled waters. I will run independently in the presidential elections this year. And let’s be clear! I don’t “go into politics” because this is what Avram Iancu does: he triggers the true Romanian revolution of the people, precisely against the Romanian political class that must be changed,” Iancu said.

He also announced that he would soon start the campaign to gather the 200,000 signatures required to join the presidential race.

Avram Iancu is best known for his sports performances. In the summer of 2016, he managed to swim the English Channel without a neoprene suit in almost 18 hours. Then, in 2017, he managed yet another great performance, swimming 2,800 km along the River Danube without thermal protection. He thus became the first person in the world to complete this swimming race without a neoprene suit or other helping items.

Another performance was swimming 60 days in the Black Sea from Constanta to Istanbul. Moreover, this year, he finished third in the 6633 Arctic Ultra, one of the toughest ultramarathons in the world.

Romania will organize the presidential elections in November, with the first round being scheduled for November 10. President Klaus Iohannis will run for another term with the support of the National Liberal Party (PNL), while the main ruling party PSD nominated its leader Viorica Dancila as candidate. Meanwhile, the junior ruling coalition partner ALDE will have its own candidate – party president Calin Popescu Tariceanu, while Dan Barna, the leader of opposition party USR, will run for president with the support of the USR PLUS Alliance.