Health campaign: 20 squats for a free bus ride in Cluj-Napoca 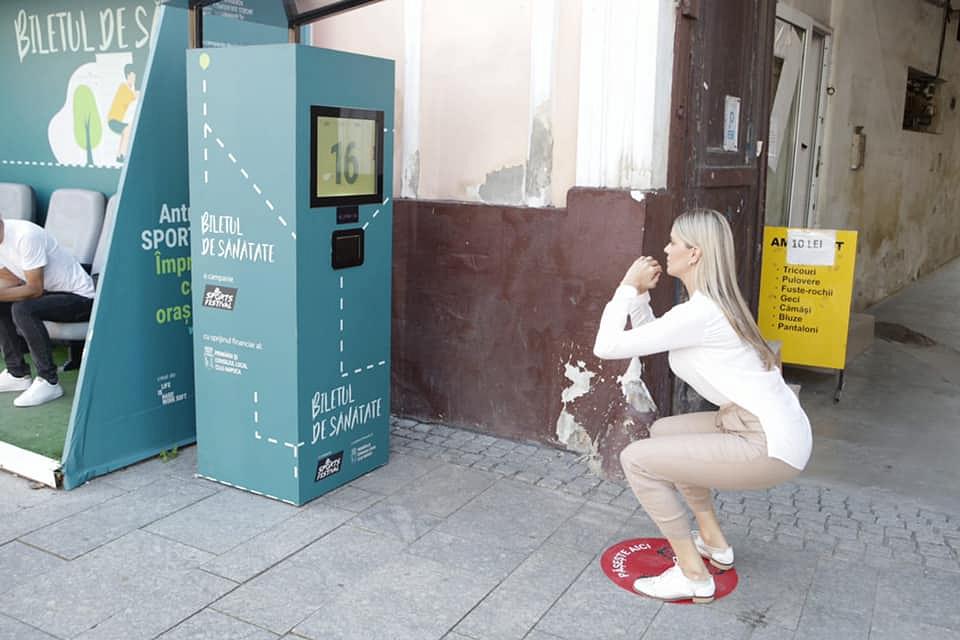 The "health ticket" campaign, which allows residents of Cluj-Napoca to get a free bus ride by doing 20 squats, has kicked off again in the Transylvanian city.

Starting Monday, August 23, Cluj-Napoca residents who accept the challenge of doing 20 squats get a free bus ticket. The smart ticketing system has been installed in the Memorandumului Sud bus station.

The "health ticket" is valid for a single trip on the city's public transport network for seven days.

Last year, the "health ticket" pilot project launched by Sports Festival was quite popular among Cluj-Napoca residents. According to Ziua de Cluj, from late September to December 31, about one million squats were done for more than 55,000 bus tickets, which means almost 1,900 hours of sports.