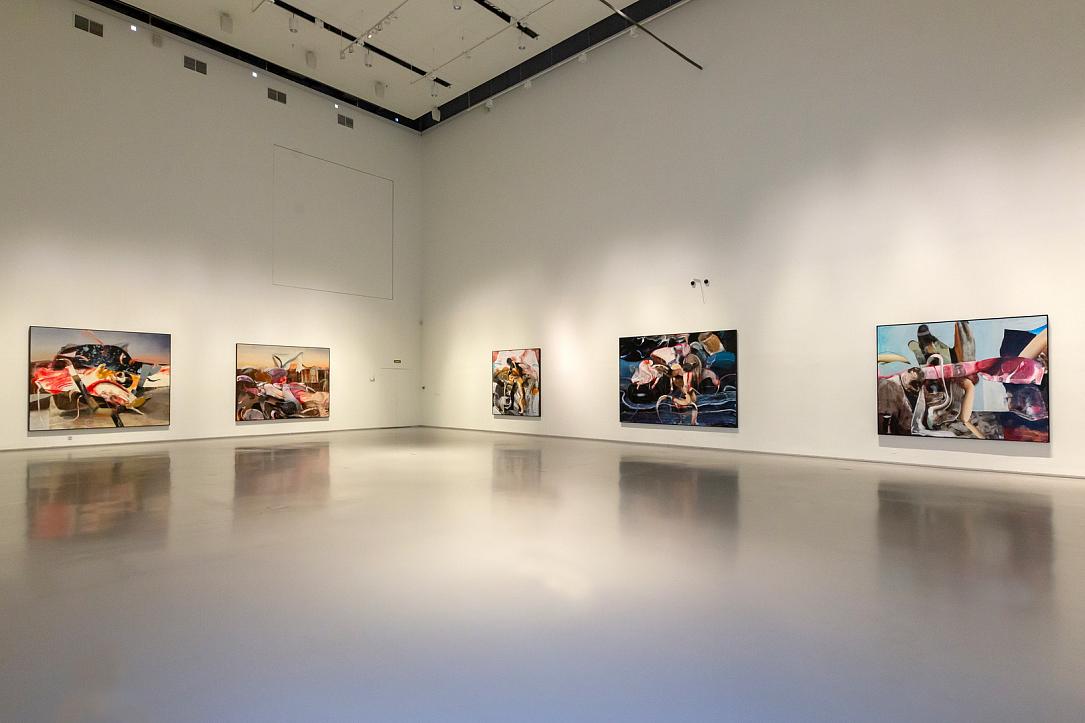 The exhibition I have turned my only face…, featuring paintings by Romanian artist Adrian Ghenie, has opened in the General Staff building of the Hermitage Museum in Saint Petersburg, Russia.

The exhibition, which will remain open until February 2 of next year, is meant to “acquaint museum visitors with one of Europe’s most successful young artists.”

It includes 12 paintings, including works that were created from memories of the reproductions of paintings in the Hermitage the artist had seen in his childhood.

“The uniqueness of Ghenie’s story lies in his early connection with the Hermitage. At a young age, he was given an album of Dutch paintings produced by Iskusstvo Publishing House, in 1984, and it became his chief source of inspiration for a long time. Over many years, the future artist copied step-by-step the reproductions of the masterpieces in the Saint Petersburg museum, eventually arriving at his own artistic style,” according to a presentation of the exhibition.

Born in 1977, in the northern Romania city of Baia Mare, Ghenie graduated from the Art and Design University of Cluj-Napoca. He now lives between Berlin and Cluj-Napoca. In 2015, he represented Romania at the Venice Biennale. His works regularly fetch high sums at international auctions, and are part of art collections around the world, including Tate Modern, London, the Pompidou Centre, Paris and the San Francisco Museum of Modern Art.