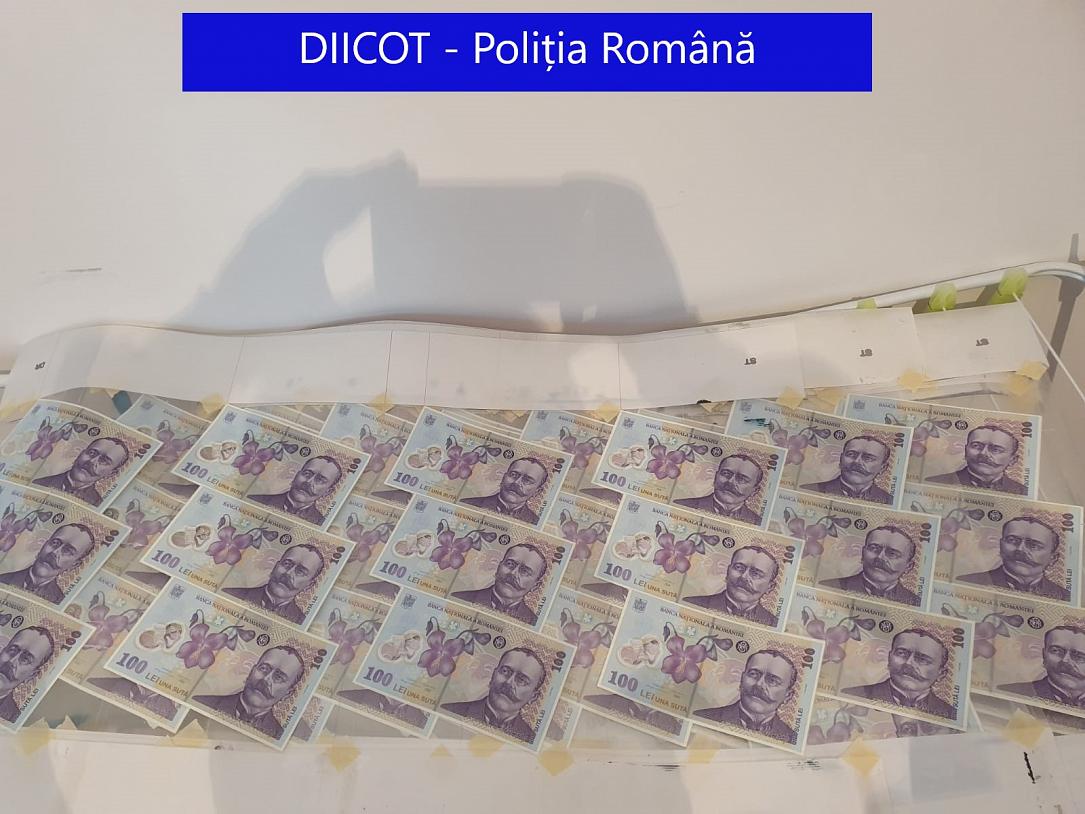 It was not easy for the Romanian anti-organized crime (DIICOT) prosecutors to catch the man they called “the biggest forger of plastic banknotes in the world.” But, after a very long investigation, a fingerprint found on one of the banknotes helped them identify the suspect, Digi24 reported.

DIICOT dismantled on Wednesday, June 24, a crime ring specialized in forging money. The group started operating in spring 2014. Since then, it has produced and used over 17,000 banknotes of RON 100 (EUR 20.8), causing total damage of over RON 1.7 million (EUR 354,000). The counterfeit money was so good they earned the nickname “the super RON.”

Investigators say the plan to put counterfeit banknotes into circulation was almost as carefully studied as the counterfeiting process itself, precisely to leave no trace.

For six years, law enforcement received nearly 3,000 complaints from various people claiming to have received counterfeit money in exchange for products sold. But the investigators had no other information. When analyzed, the banknotes were identical to the serial ones.

However, during the investigation, lab specialists found a fingerprint of the suspect on one of the layers inside a RON 100 banknote. When cross-checking the fingerprint against other prints in police databases, the prosecutors identified the suspect as being a man convicted of theft almost 30 years ago, according to Digi24.

The forged banknotes were made on polymer sheets similar to those used for real Romanian banknotes. They imitated all the safety elements intended for the public, including micro-perforations, iridescent tape, latent image, transparent window, color-changing ink, printing visible in ultraviolet light. During the hearings, the prosecutors found that the suspect needed a year to study every detail and security element of the RON 100 banknote.

However, although they knew that their fake banknotes were extremely difficult to detect, the crime ring members were very cautious when putting the money into circulation. They were placing these banknotes only at fairs or other local celebrations. Every time they were going to the localities where these events were organized, they were turning off their phones not to be tracked, DIICOT explained.

Even more, before going to various economic agents or street vendors/markets to buy products with the fake money, the leader of the group carefully checked the sellers to see which one can be deceived. Once the next victim was found, other members of the group entered the scene, using the counterfeit money to buy products from this seller.