Update: Dispute emerges ahead of diaspora protest in Bucharest 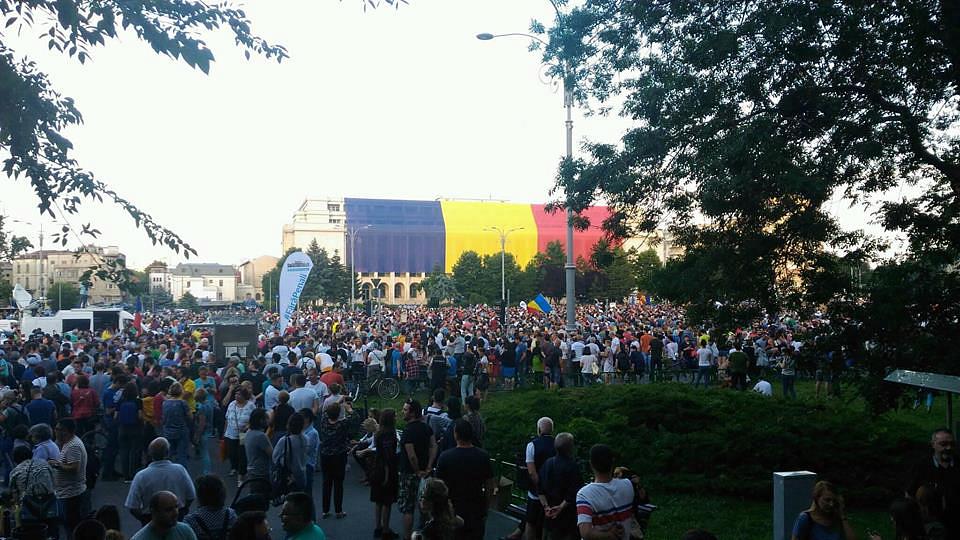 Another dispute emerged around the diaspora protest scheduled to take place in Bucharest on August 10, in Victoriei Square.

The Bucharest City Hall issued a press release on August 7 announcing that Federatia Românilor De Pretutindeni (The Federation of Romanians Everywhere) gave up on organizing the protest announced for August 10. In response, the federation said it cannot undertake the organizing of the event as it lacks “a paper signed by the capital’s City Hall” and only has a media response.

The Bucharest City Hall initially declined to authorize the diaspora protest, an anti-government one, but approved it after consulting with several institutions over the safety conditions required by the planned participation of “one million people.”

The City Hall said it invited the president of Federatia Românilor De Pretutindeni to a meeting but he explained he could not make it as he was not in the country.

Emanuel Cioacă, the president of the federation, said people have the right to come and protest and he will be present as well in Victoriei Square but not as an organizer, News.ro reported.

The federation was launched only this June, in Brussels. Cioacă is a former vice president of the Social Democrat Party (PSD) Diaspora organization. The association with PSD prompted some to ponder the possibility that the protest was being sabotaged and people discouraged from participating.

In an article on his website, journalist Moise Guran traces the idea of the diaspora protest to the Romanian community in the UK, from where it spread to numerous Facebook groups corresponding to the communities of Romanians abroad. Even though PACT, a party of the former Romanian students in the diaspora, also announced the event on August 10, the City Hall communicated only with the federation, Guran notes. His article also lists all the Facebook events associated with the protest.

UPDATE: The Bucharest City Hall said on August 8 that the August 10 protest has no organizer as none of those who notified the authorities about the event wanted to sign a protocol with the municipality, News.ro reported.

The City Hall said the option of only notifying the authorities about the protest is not covered by the law. It also said that the organizer needs to take responsibility for the number of participants and the logistics of the event “so that it take place completely safely for all participants.”

PACT said it takes responsibility for “mobilizing people” for the protest but not for organizing it.

Meanwhile, the Romanians coming home from abroad for the protest have started sharing photos of their return on social networks. Some of the most shared photos on Facebook show a group of cars with the Romanian flag in Dover Port, UK.