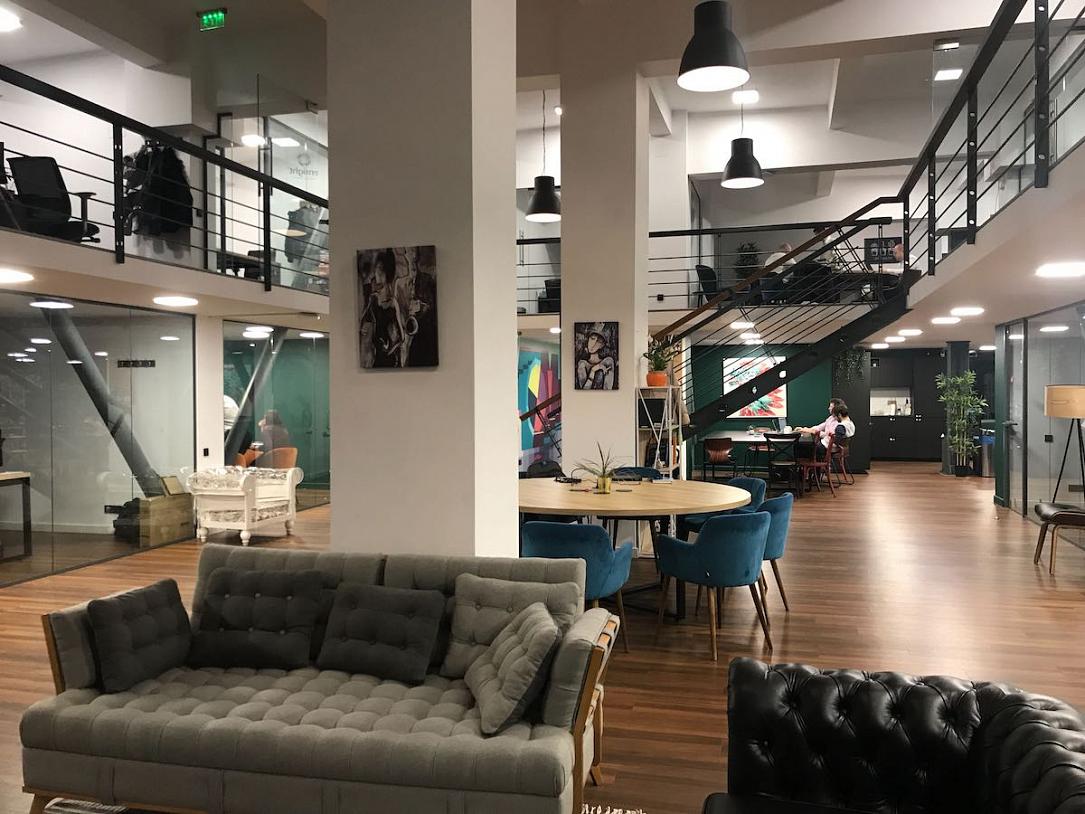 Co-working spaces are no longer a novelty in Bucharest, this segment of the local market registering a rapid growth in recent years. In addition, specialized studies say that this upward trend will continue, as many other spaces in the Capital are to be transformed into flexible offices. At present, Bucharest hosts a large number of co-working spaces suitable for freelancers, entrepreneurs, startups or employees working from home, as well as for businessmen visiting the Romanian Capital.

Impact Hub Bucharest is one of the first organizations to introduce the concept of co-working space in Bucharest. Part of a global network of co-working spaces and business and entrepreneurship communities in over 110 locations around the world, Impact Hub Bucharest offers today three locations in central areas of the Capital: Timpuri Noi, Universitate and Floreasca. In numbers, this translates into more than 250 places in the co-working area, 42 team offices and 8 event rooms. The local network offers three types of monthly subscriptions, but also the possibility to rent a workspace for a single day.

The entrepreneurs, freelancers, business people or simply those who need a workspace for a few days can also opt for one of the spaces offered by Commons in the Capital. There are three location ran by Commons in Bucharest, in the Unirii, Romană and Băneasa areas, all offering a wide range of facilities such as shared spaces or private offices, conference rooms and fast wireless internet. In addition, these are dog-friendly locations.

Regus is another company running locations with private offices or co-working spaces in Bucharest, opened in several areas of the city. Regus locations can be found in central areas such as Unirii Square or Universității Square, as well as in the north, west or south. Facilities include fast and even secure internet for business activities, conference rooms, access to the printer or scanner, telephone or tea and coffee making facilities.

The co-working locations offered by Spaces are yet another option. Spaces Unirii is the largest of the three locations, and those interested can find here 32 dedicated offices and three meeting and conference rooms. The network also includes Spaces Campus 6, located in the western part of the city, but also Spaces Expo, opened in the north of the capital, not far from the 1 Mai subway station. Subscription prices vary depending on the location and the type of space chosen (the common co-working area, personal office or a larger office space).

Mindspace also offers a mix of common co-working spaces and private offices in its two locations in Bucharest: Mindspace Victoriei and Mindspace Pipera. Both spaces are located in the northern part of the city, known as one of the most dynamic business areas of the Capital.

On Splaiul Unirii Blvd., near the Timpuri Noi subway station, there is a co-working space divided so as to suit the members’ every need. For example, Nod Makerspace offers a co-working space called The Quiet, which is suitable for those who need a quiet workspace, an area called The Active, where the most active members gather, but also a space called The Private, which is suitable for those who need a private space. The location also includes a nap room - a special rest area where you can take a nap between work sessions.

In the heart of Bucharest, right in the Old Town, is Pura Vida Hub, the first co-working and co-living center in the Romanian capital. This location offers not only a shared workspace for entrepreneurs or freelancers, but also accommodation upstairs. Members can rent a private room or opt for a bed in a shared bedroom.

Also in the Old Town you can find The Atelier, a space that combines the relaxing atmosphere of a coffee shop with co-working offices. The location is suitable for freelancers, people who work from home, business people who are in Bucharest for a few days or people who simply need a few hours to work between meetings.

The list of options also includes TechHub, a global community for tech entrepreneurs and startups, with spaces in cities such as London, Riga and Bucharest. In the Romanian capital, TechHub is centrally located, not far from Universității Square, on Nicolae Filipescu St.

In the city’s district 3, near Vitan Square and less than 1 km from Alba Iulia Square, you can find 360HUB, a modern co-working space, equipped with state-of-the-art devices and technology. This location is best suited for entrepreneurs and startups, offering three different types of monthly subscriptions.

Renting such space can be done online, on the dedicated websites, through mobile applications or on site.

Some of these locations also host events, including networking events. 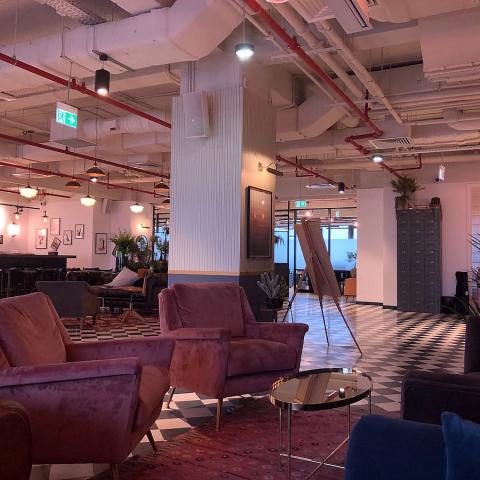 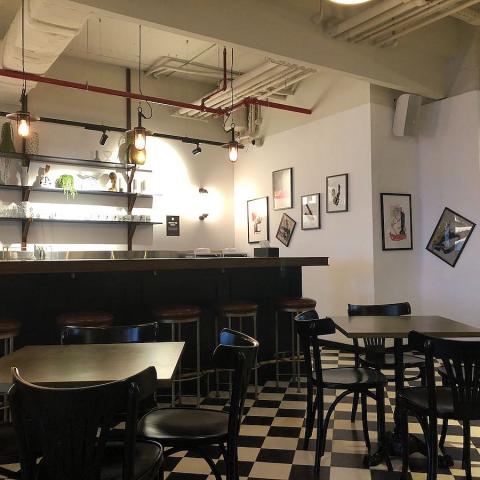 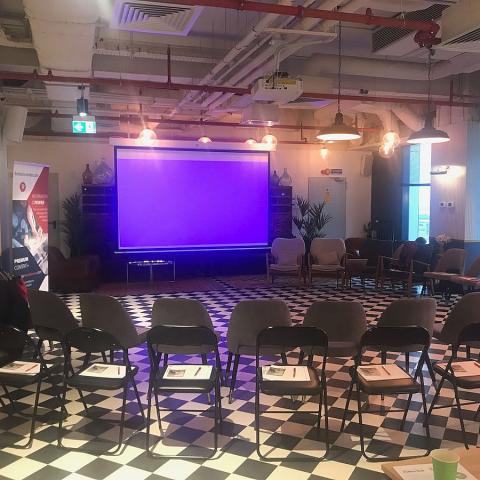 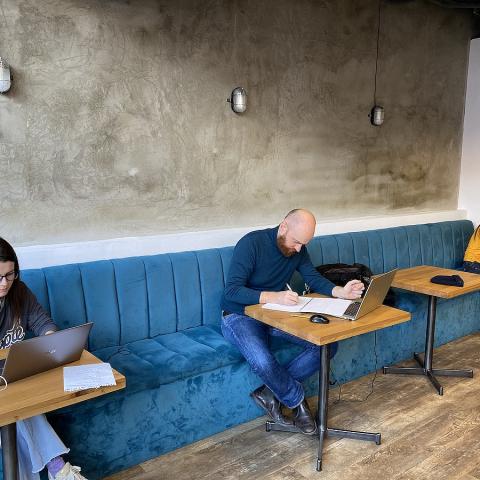 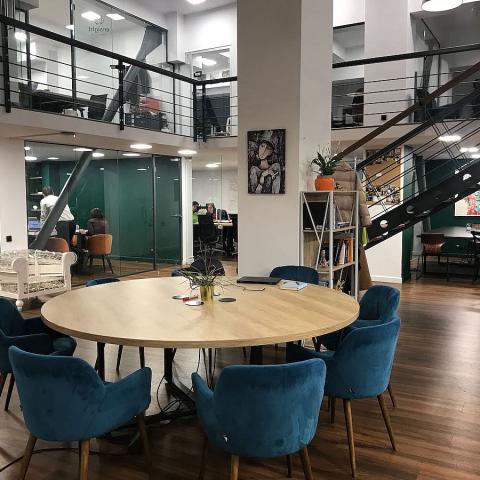 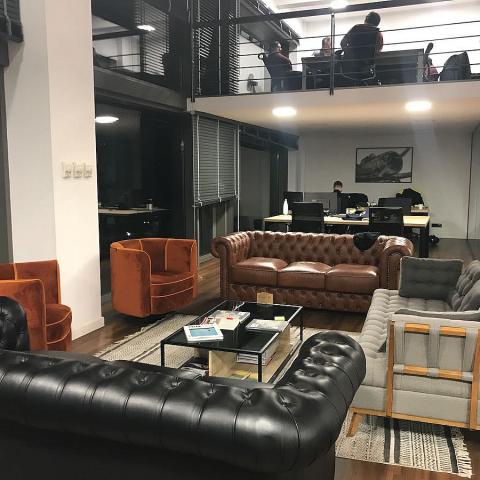 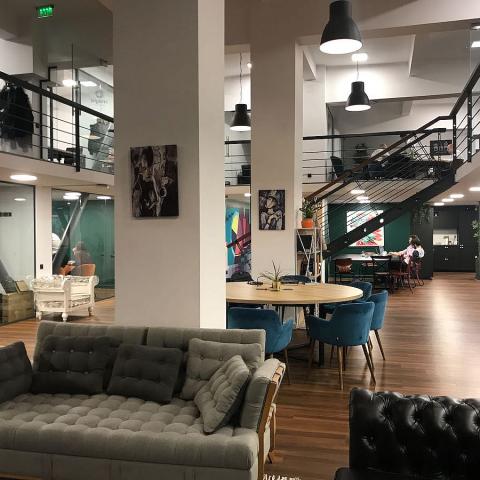