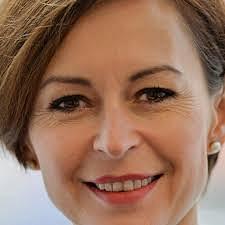 Dana Spinant is currently director in charge of the budget, communication and general affairs in the Commission's Directorate-General for Regional and Urban Policy.

Prior to joining the Commission, Dana Spinant worked for 15 years in journalism, including as editor and deputy editor of European Voice (2002-2009), deputy editor of EUobserver.com (2001-2002), as well as news director and Brussels correspondent for various Romanian TV channels, including PRO TV, the biggest TV station in Romania.