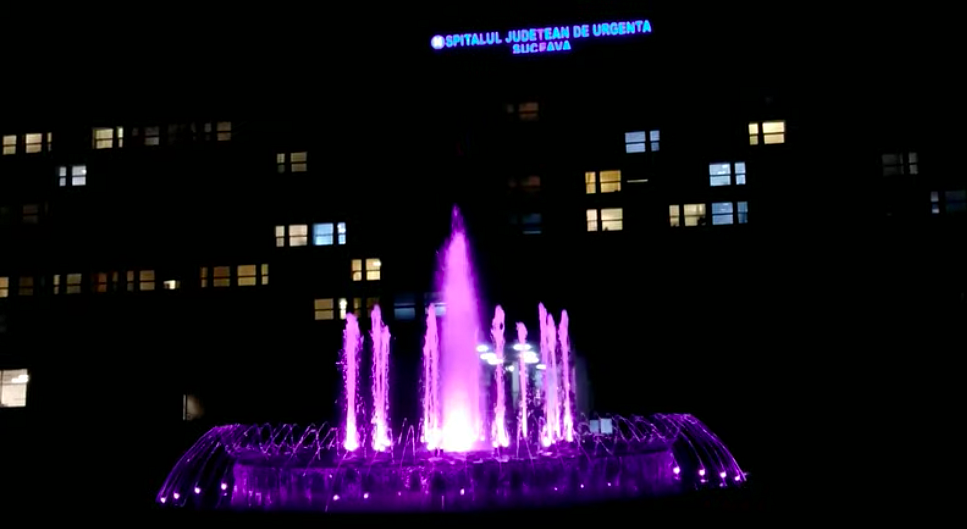 The County Hospital in Suceava, one of the largest medical units in northeastern Romania, which serves a county with a population of about 600,000 people, will be closed for disinfection after 52 doctors and nurses working there have been diagnosed with the new coronavirus (Covid-19). Moreover, two patients over 70 years old have died there in the last 24 hours, most likely because of Covid-19 infections they got in the hospital, according to media reports.

After 27 doctors and nurses at the Suceava County Hospital were diagnosed with Covid-19 infections on Sunday, March 22, another 25 were confirmed as having the virus on Monday, March 23, according to local newspaper Monitorul de Suceava.

The infected personnel work in various sections of the hospital. The Cardiology section is the most affected, with 7 infected doctors and nurses, followed by Internal Medicine, with 5 cases, Infectious Diseases – 3, Gastroenterology – 3. The Dialysis, Neurology, ORL, ATI, and UPU (emergency) sections also have infected doctors or nurses.

Besides the confirmed cases, dozens of other doctors are under isolation after having come into contact with infected colleagues or patients.

Given the gravity of the situation, the Health Ministry has decided to close the hospital and place all the doctors under isolation, state secretary Nelu Tataru told Digi24.ro. He added that the hospital will undergo a 48-hours disinfection process, after which it will be reopened as a hospital dedicated only for Covid-19 cases and doctors and nurses from other counties will also be sent there.

The municipal hospital in Falticeni, a secondary city in Suceava county, is also facing a potentially serious situation after one of the doctors there tested positive for Covid-19. The personnel in the doctor’s section have been allowed to stay at home, but haven’t been tested for Covid-19 yet, according to the hospital’s medical director, quoted by Libertatea.

The other doctors and nurses at the hospital in Falticeni are worried that they could reach the same situation like that at the County Hospital in Suceava.

Stefan Mandachi, an entrepreneur in Suceava, who became famous after he built the first meter of highway in Romania’s Moldova region to protest against the lack of infrastructure in this part of the country, has offered doctors and nurses working at the Suceava County Hospital the possibility to stay for free at his four-star hotel (Mandachi Hotel&Spa). He wrote in a Facebook post that his offer was addressed to doctors/nurses/volunteers in hospitals, who interacted with Coronavirus patients/suspects from the County Hospital and any other city or village hospitals around.

“There are many heroes in hospitals who know they are already infected and do not want to infect their families but have nowhere to sleep. They can take the room cards from the hospital,” Mandachi wrote.

He made the same offer to policemen, gendarmes, and other military personnel who interact with Coronavirus-infected citizens who do not comply with the law (run from hospitals, patrol quietly on the streets, do not respect the quarantine regime).

Mandachi said there would be no personnel at the hotel, only security, and that he would also provide a free meal from one of his restaurants that can still do catering. He also owns the Spartan fast-food restaurant chain. In a later post, Mandachi announced that his restaurants would deliver free food to the authorities in Suceava that are directly involved in fighting the new coronavirus epidemic (public health department, hospital, police, gendarmes and SMURD), based on requests from these institutions.

He also offered to put some of his event halls in the city at the disposal of local firms willing to produce surgical masks and distribute them for free to hospitals.

"When in the history of our nation, from Burebista and Decebal, has anything ever worked for Romanians based on RECOMMENDATION? When??? We had a huge advantage (I couldn't explain why) to countries like Germany and Italy. We have wasted it. This is what happens when the decisions are SOFT! Very soft. Good people from the press, please turn your attention to SUCEAVA. And you, people of Suceava, follow the rules and get involved if you do not want our city to become the new Bergamo!!!" Mandachi wrote on Facebook.