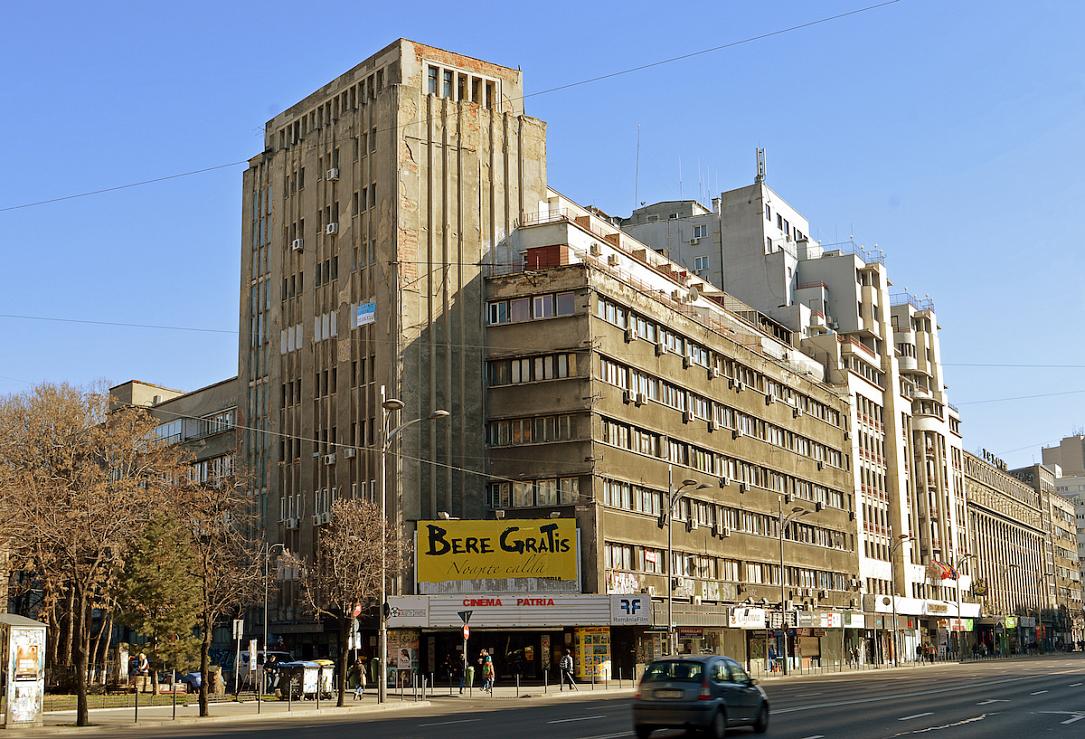 Grandson of the great Romanian writer Ion Creangă, Horia Creangă was a famous architect during the interwar period in Romania. He contributed to the modernization of the Romanian state that was formed after the Great Union of 1918. Creangă was a promoter of modernism in Romanian architecture, and he designed dozens of impressive buildings.

Writer Ion Creangă, known as a master of fairy tales and stories in Romanian literature, had a son, Constantin. A former officer, Constantin had four children. Two of them, Horia Creangă and Ion Creangă, were both renowned architects in the interwar period.

Born in Bucharest in 1892, Horia Creangă debuted in the late 1920s. His contemporaries believed his architecture was the best example of modernism in Romania. He was seen as the true founder of the modernist era in local architecture.

Horia Creangă began his studies at the Higher School of Architecture in Bucharest in 1913, led at that time by engineer Ermil Pangratti. Then, similar to most of the important architects of the time, after World War I (during which he also fought and was taken prisoner, being sent to a camp), he continued his studies at the prestigious Ecole des Beaux Arts in Paris (1920-1924), where he came in contact with the modernist movement. In Paris, he was the student of Gustave Umbdenstock, a professor who continued to work with Creangă even after he finished school, taking him as an apprentice in his studio in Paris.

Back to the country, where he returned in early 1927, almost a decade after the Great Union, Creangă wanted to turn Bucharest into a modern capital, planning to align the local architecture to the European one. He also wanted to promote his own style in his projects, adapting the modernist movement to his own aspirations.

Over the course of his career, which ended after only 17 years, Horia Creangă has designed more than 70 administrative, social, cultural and industrial buildings, as well as housing buildings. The most important and well known such building is the Aro building in Bucharest, now called the Patria building (pictured above), which he designed and built together with his wife and brother after they won a contest in 1929. This imposing building in downtown Bucharest, located on the Magheru Boulevard, represents the first important project of Romanian modernism.

The Aro building, which was completed in 1931, was an unusual project for that time, both in terms of shape and function. The most innovative aspect of this project was the volumetric composition. The two wings, which have different heights towards the boulevard and the street, with the last two floors set back from the main plane, are developed horizontally and articulated with a massive 10-story tower. The construction’s design was criticized and caused much controversy at the time. It is said that, in the beginning, people were so displeased with the construction that they avoided passing by the building, choosing to walk on the opposite sidewalk. But Creangă decided not to let criticism affect his work or the projects that followed.

The architect also planned big streets for Bucharest and designed other emblematic buildings for the capital such as the Obor Halls (1937-1950, a project supervised by Haralamb Georgescu after the death of Creangă and later by architects Ilie Teodorescu and Gheorghe Trifu), the Giulești Theater (1927-1929), the Malaxa Factories (1935-1939), and the Malaxa building (1935-1937).

From 1930, Creangă also designed private homes and public buildings in Bucharest and other cities in the country, alone or together with Haralamb Georgescu and Nicolae Nedelescu, with whom he opened a studio of architecture in 1935. His architecture office located on the fifth floor of the Dimitrescu building, designed by Creangă in Lahovary Square, has become a kind of "second school” that trained many students and younger architects. From 1936, Creangă was also director of the "New Works" department of the Bucharest City Hall.

Outside Bucharest, Horia Creangă designed important buildings such as the Cultural Palace in Cernăuţi, the Aro-Palace and Aro-Sport hotels in Braşov and three dairy factories in Alba Iulia, Burdujeni and Simeria.

Horia Creangă, who is considered a great innovator in architecture, died in Vienna in 1943, aged only 51. But he left an important legacy for the Romanian architecture and the generations of architects who followed.