Eastern Romania: New bridge over Danube to open at the end of 2022 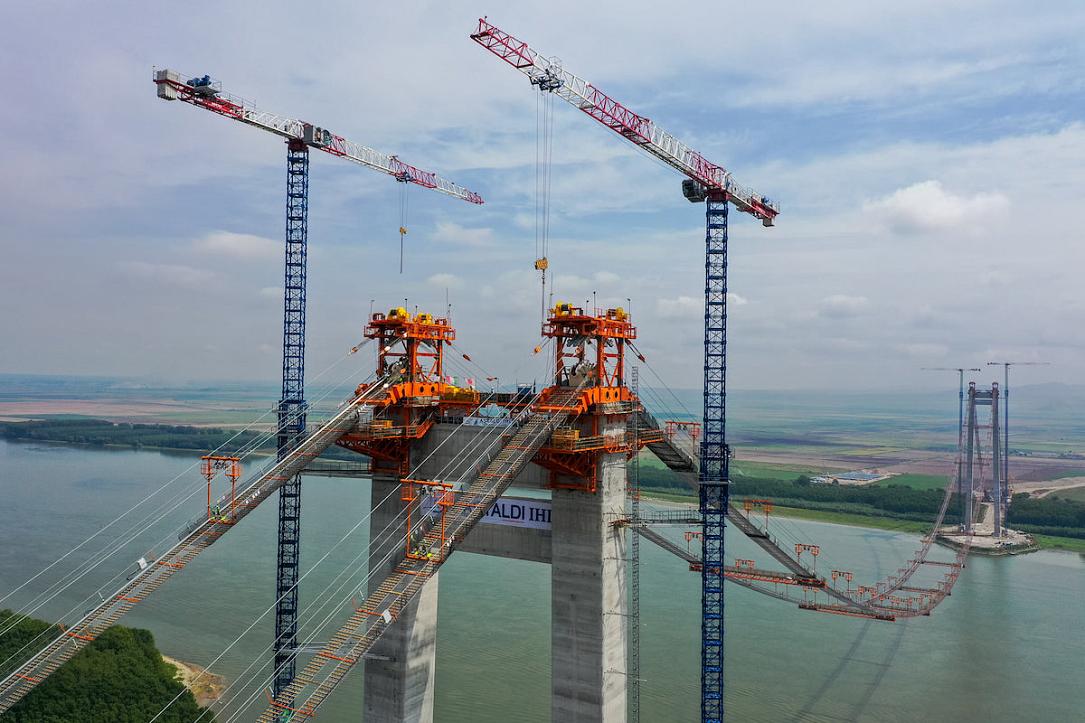 According to transport minister Catalin Drula, the bridge over the Danube in the eastern city of Brăila, one of Romania’s largest and most complex infrastructure projects, will be operational at the end of 2022.

He made the statement on Thursday, August 26, after a working visit to the construction site.

“We have, on the one hand, the bridge itself, whose construction is advancing according to the schedule, and, on the other hand, the connecting roads on the banks of Brăila and Jijila, fully unblocked this year. The bridge will open at the end of 2022, together with 10 km of connecting roads, on the Brăila-DN22 (Smârdan-Măcin) route,” minister Drula said on Facebook.

An Italian-Japanese joint venture is building the suspension bridge over the Danube in eastern Romania.

“The sums of money invested for this project prove that it is indeed a complex one: from the beginning of the year until now, European funds worth RON 466 million have been absorbed for the Brăila Bridge,” the transport minister also said.

The bridge will be two kilometres long and almost 200 meters high, according to News.ro. It will connect Brăila and Tulcea counties.