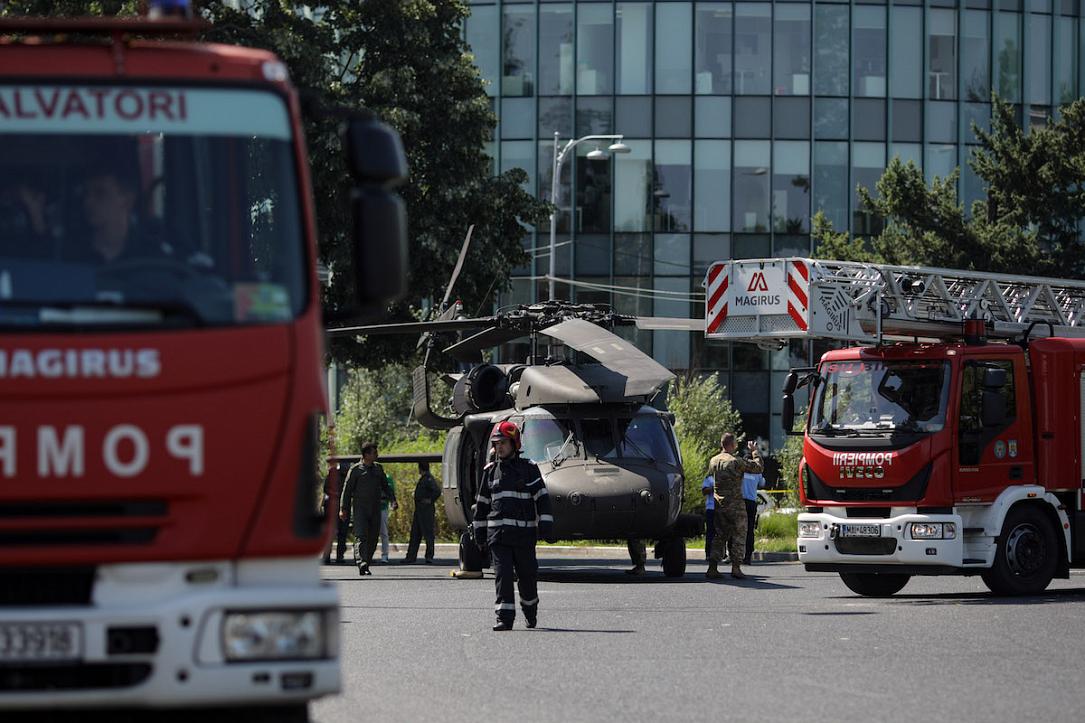 A US helicopter was forced to make an emergency landing on a busy boulevard in the Charles de Gaulle Square in northern Bucharest on Thursday morning, July 15. There were no victims, and the traffic was stopped in the area.

The Black Hawk helicopter was part of a group training for the Aviation Day, which will take place on July 20, according to Digi24.

At some point, the helicopter started losing altitude and landed on the Aviatorilor Boulevard. It tore down two street lights during the landing, which in turn damaged two cars, G4media.ro reported.

Realitatea.net shared a video of the incident.

Eyewitnesses also shared videos from the square on social media.

The Romanian Police and US military are investigating the incident. According to Digi24, a commission of specialists will be formed at the level of the American Army to determine what caused the helicopter’s emergency landing.

The US Embassy in Bucharest also reacted to the news. “The US Embassy is aware of the incident, and we are closely following developments. Information says there are no victims. We’re working with our Romanian partners to resolve the situation and provide up-to-date information as it becomes available,” reads the message quoted by Agerpres.