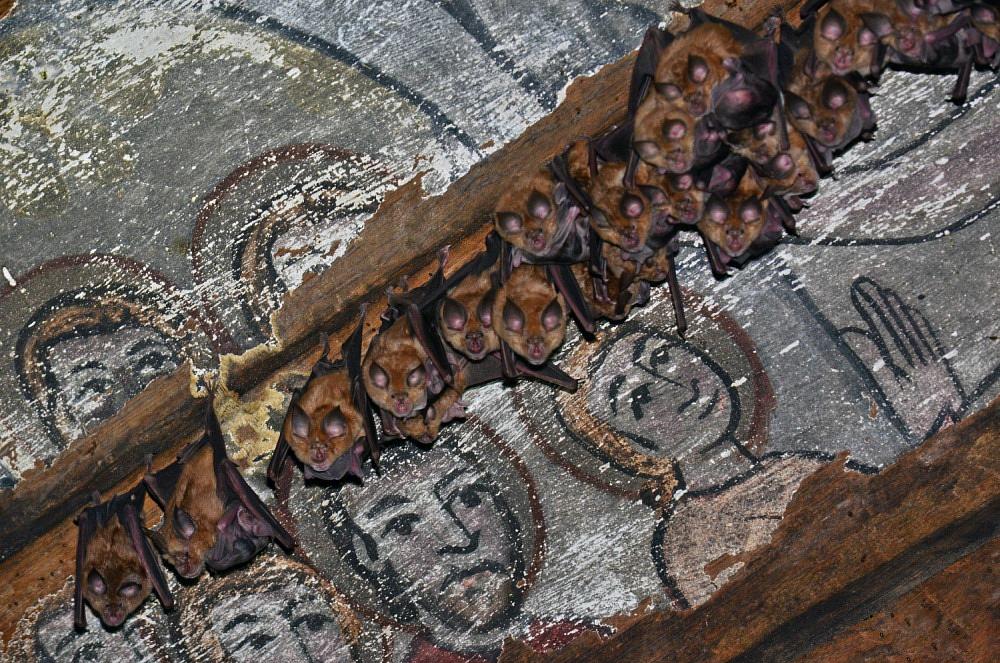 A colony of about 200 greater horseshoe bats and Geoffroy's bats, both protected species, was recently discovered in a small wooden church in Zalnoc village in the county of Salaj, in northwestern Romania. The bats were found during the restoration of the church's roof.

Bogdan Ilies, one of those involved in the restoration project, told local Agerpres that, after spotting several bats in the church, the restoration team decided to contact the Bat Research and Conservation Center. Bucs Szilard-Lehel, chairman of the Bat Research and Conservation Center's Board, arrived at the church a few days later to identify the bats. He discovered the colony of about 200 greater horseshoe bats and Geoffroy's bats, both protected species in Romania, and thus the restoration team decided to postpone the project.

"After discussions, we decided to postpone the treatment of the roof shingles until September, because the bats take shelter in caves when the weather cools, and they will leave the church," Bogdan Ilies explained.

According to the Bat Research and Conservation Center, bats in Romania form one of the most important populations in Europe, both due to the large number of species in the country and the size of the colonies, Agerpres reported. Thirty-two species of bats have been identified in Romania so far.