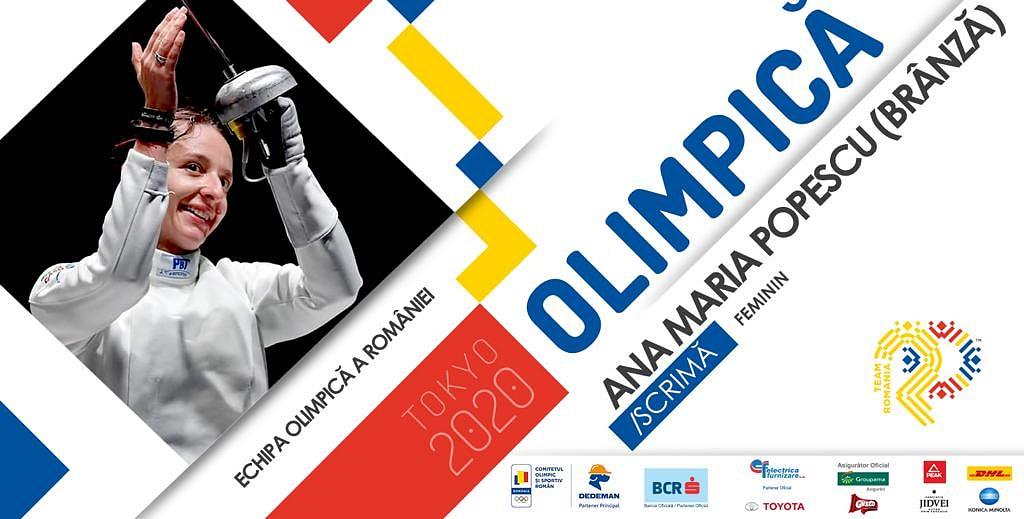 Romania’s top epee fencer Ana Maria Popescu has officially qualified for the Tokyo 2020 Olympic and Paralympic Games, the Romanian Olympic and Sports Committee (COSR) announced. She finished first in this category's world ranking and thus booked a ticket to her fifth Olympics.

“Bravo, Ana! Team Romania is proud of everything you represent for the Romanian sport! And good luck in the summer!” COSR wrote on Facebook.

Ana Maria Popescu is the 60th athlete to join Team Romania and participate in the Tokyo 2020 Olympic Games.

Popescu was part of the Romanian women’s epee team that won the gold medal at the 2016 Rio Olympics. She was also a silver medalist in Beijing 2008, in the individual epee event.

She also participated in the Athens 2004 and London 2012 editions of the Olympic Games.