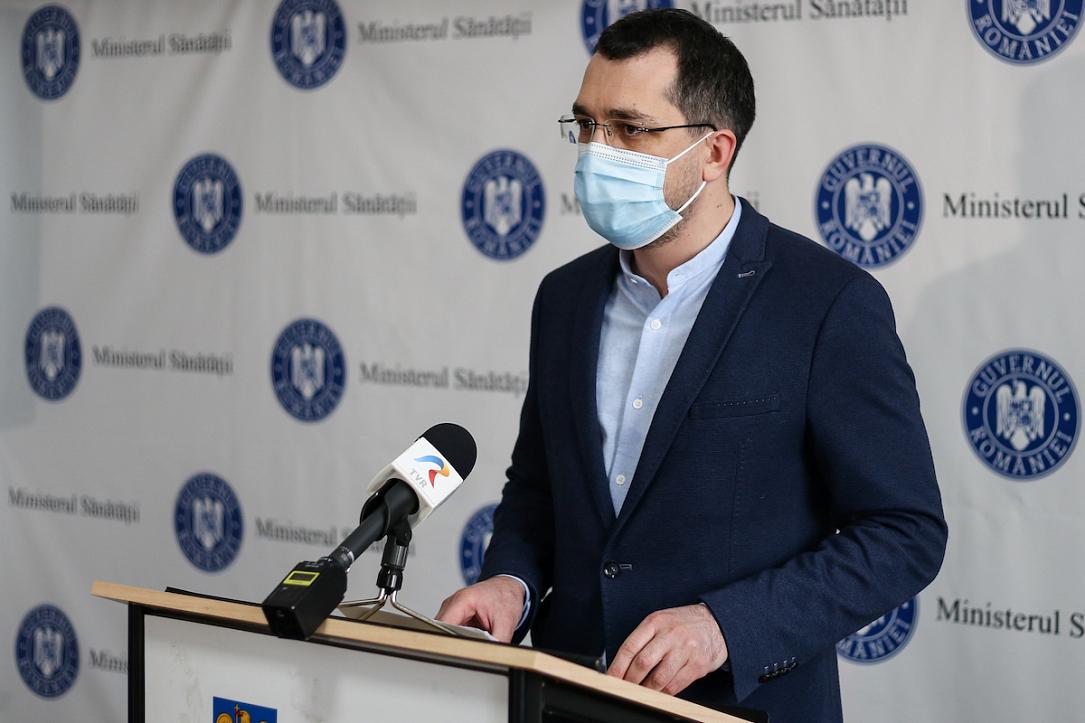 Romania's dismissed health minister Vlad Voiculescu, a top member of the reformist USR PLUS alliance, held a press conference on Friday, April 16, in which he criticized Liberal prime minister Florin Citu and talked about the healthcare system's vulnerabilities. He also said that "there are fundamental differences" between the reported and actual numbers of deaths in COVID-19 hospitals.

"My 113-day term ended two days ago. 113 days in office and 113 days, if you will, of clashes between mentalities. I think it's nothing new. And this is also the reason why many of us have entered politics, not to change only punctual things, but to try to change the bigger things, namely the mentalities," Voiculescu said at the start of his press conference, Agerpres reported.

He also said that he is "still afraid for the people of this country, for those who need help, for those who are seen by politicians purely as the electorate."

"I am also afraid for the good people in the system, those who have been waiting for a change for a long time, those who have seen reality in what has happened these days, namely that if you upset the system too much, then it doesn't even need arguments to eliminate you," the former minister added.

He called the vulnerabilities at the level of central and territorial institutions "frightening," as they come to show the system's inability to serve citizens.

"These vulnerabilities are not personal, they do not belong to one minister or another, these vulnerabilities belong to a system. It takes time, people and processes, a certain mentality, and a certain approach to change things. […] I have taken over a collapsing Ministry of Health, and I choose my words carefully. […] The problem of the Romanian state, in health and any other field, remains the extremely limited capacity of its institutions," Voiculescu also said.

"I think I was wrong to expect certain decency in pandemic times, decency from some politicians or part of the press. I thought that the prime minister appointed by the coalition would not use the force I gave him for reasons more related to his political career, as he said. Romania needs politicians to act in the interest of the people every day," Vlad Voiculescu said, according to Digi24.

He also said that the PM rarely discussed with the Ministry of Health, but at the same time set targets "without talking to anyone."

"The management of the pandemic as it has happened in recent months has had several episodes that the public was less aware of. The prime minister of Romania almost never talking with the Health Ministry, launching targets without talking to anyone, the prime minister of Romania turning into the first epidemiologist of the country, talking about things he did not know, which he did not discuss with anyone, not even with experts […]," he stated.

During the same press conference, Vlad Voiculescu also said that "there are fundamental differences" between the reported and actual numbers of deaths related to COVID-19 and urged PM Citu to continue the investigation he started and review the reporting of deaths in COVID hospitals.

"I would not want to throw numbers because we failed to document this, but our investigation shows that there are fundamental differences between the reported and real numbers," he added.

He also used the opportunity to thank the healthcare staff for their efforts during the health crisis.