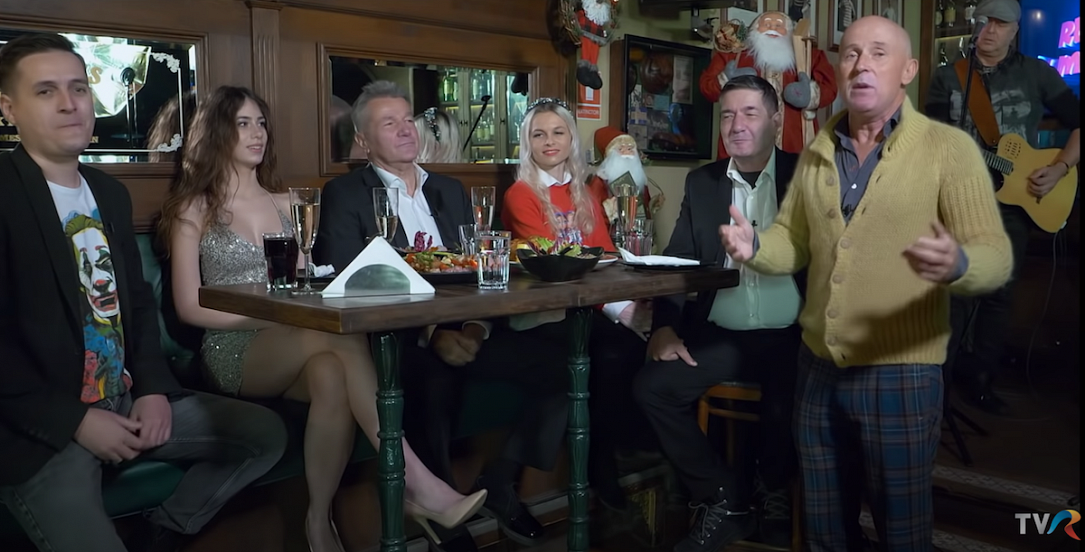 The special show aired by the Romanian public television TVR on New Year's Eve has sparked a major scandal in Romania, with politicians and even members of the National Audiovisual Council (CNA) saying the show instigated non-compliance with the COVID-19 safety rules.

During the NYE special, Mugur Mihaescu and Radu Pietreanu, the founding members of local Vacanta Mare humor group, singer Dan Bittman and actor George Tanase reportedly mocked the COVID-19 restrictions implemented in the country and the authorities. The show called "New Year's Eve at my home" was filmed in Mugur Mihaescu's pub in Bucharest's Old Town, according to local Adevarul.

Mihaescu and Bittman are two of the most famous Romanians who, in 2020, have repeatedly voiced their disagreement with the COVID-19 measures implemented in the country, criticizing the authorities' decisions to close restaurants and bars or ban the organization of concerts. Both reportedly lost important sums of money last year due to these restrictions.

CNA member Dorina Rusu was among the first to react to TVR 1's New Year's Eve special. She said that the public television "offered a grotesque show, which violated not only the laws of common sense but also the broadcasting legislation," according to Paginademedia.ro.

"Entertainment shows must comply with the law like all others, and the TVR show is not just about bad jokes about the authorities managing the pandemic crisis, but about the fact that the public television mocks the coronavirus protection rules, and even instigates to non-compliance with this rules," Rusu also said, adding that the NYE show on TVR 1 will be analyzed in a future CNA meeting.

Iulian Bulai, an MP representing Save Romania Union (USR) and the chairman of the Culture, Arts, Mass Media Committee in the Chamber of Deputies, also criticized the public television's show: "TVR 1 had a New Year's Eve program full of mockery to everything that means a pandemic: mask, vaccine, danger, protection, social distancing. With people declared fans of conspiracy theories."

Bulai accused the public television of having sabotaged the measures to prevent the spread of coronavirus and even said that Doina Gradea, the president-general director of TVR, should resign.

Gradea responded to Bulai's accusations, saying that the NYE special was not mockery but satire. "While anyone can be good at derision, not for everyone can make satire. That is why, for the New Year's Eve program, TVR turned to two well-known comedians, Mugur Mihaescu and Radu Pietreanu: to make comedy. So humor, satire, comedy, not mockery," the TVR head said, quoted by G4media.ro.

She also added that, although the public television has been supporting the authorities in the fight against the COVID-19 pandemic since the very beginning, this doesn't mean that "we can't laugh about it."

"Nothing is taboo when it comes to humor. For example, there is a show in the United States called Saturday Night Live that ridicules, satirizes, laughs at everyone important and known, from the Hollywood star to politicians. And we look with admiration at the United States, and we would like to do television like them - can you contradict that, Mr. Bulai?"

Doina Gradea also called Iulian Bulai a "little dictator" and accused him of attacking the editorial independence of Romanian Television.