Romanians use social media to organize massive protest in Bucharest 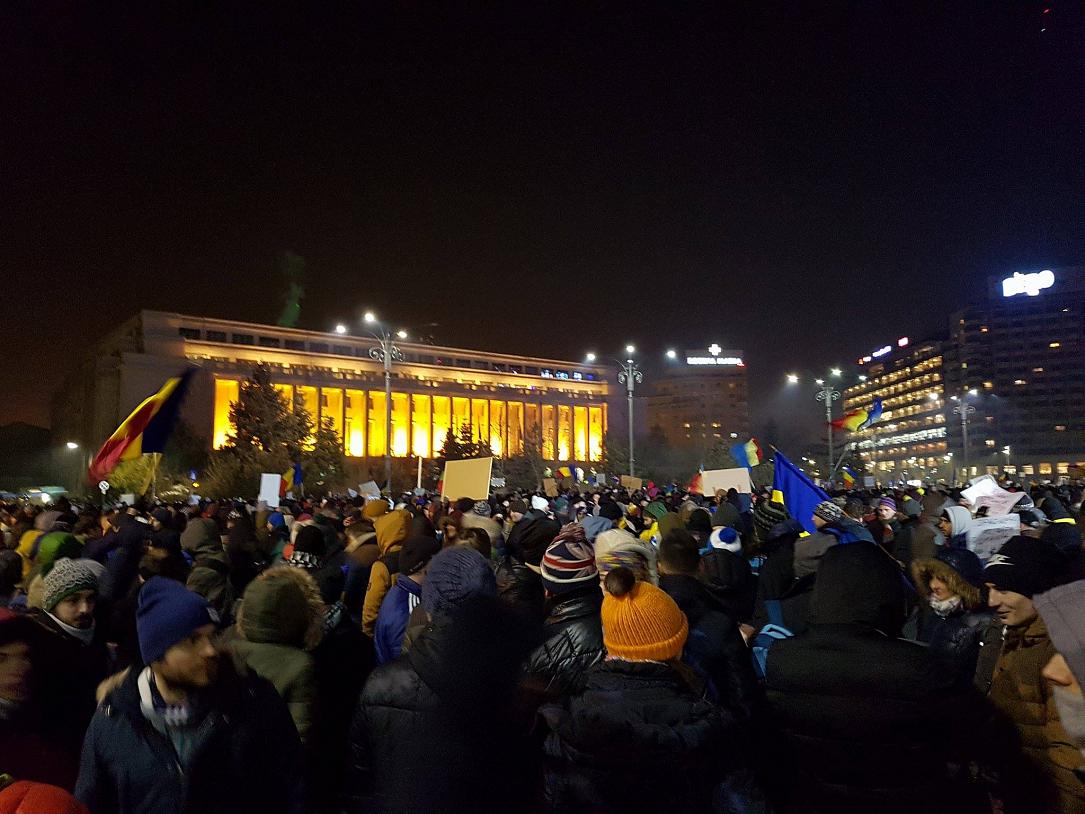 The Romanians plan to continue the protests this year too, planning a massive protest in Bucharest later this month. Similar to most of the protests organized in Romania in the past year, the Romanians are organizing on Facebook for this new street demonstration.

Protesters from across the country are to participate in the protest planned for January 20, according to a Facebook event especially created for this demonstration. Almost 7,000 people appear as going to the protest so far, and some 30,000 are interested.

“On Saturday, January 20, we encourage people across the country to join the protests in Bucharest. We don’t need to go out in the street many times. We need to go out once, in a high number,” reads the event’s presentation.

The organizers have also urged those in Bucharest to offer accommodation to protesters coming from outside the capital. There is also a link to a special page where protesters can find or post offers for accommodation or transport.

The protesters are mainly unhappy with the changes the ruling coalition is trying to make to the justice laws. Some of these new laws already passed the Parliament vote, and are now in the hands of President Klaus Iohannis. Next, the Parliament is to discuss and vote on some controversial changes to the Penal Code.

“The change begins with us and never ends. It's a long way, and our persistence in the face of corruption will give the trust and hope that the power is in our hands,” reads the Facebook event promoting the protest to take place on January 20.

The protests started in early-2017 have continued this year, with a first street demonstration being organized in Victoriei Square in Bucharest on January 1. Around 300 people chanted slogans against the ruling coalition and the Government in the first day of the year.

The protests in Romania against the ruling coalition’s initiative to change the justice laws and criminal code have made most headlines and have raised the highest interest among Romania-Insider.com readers in 2017.