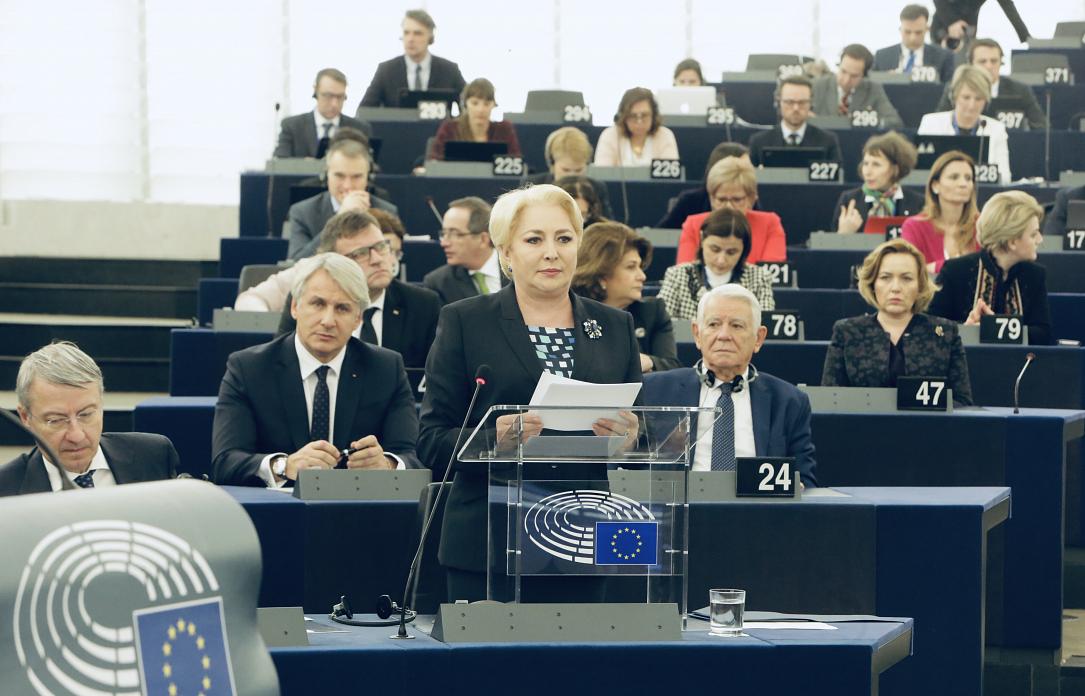 Romania’s prime minister Viorica Dancila had a tense dialog with the leader of the liberal group (ALDE) in the European Parliament, Guy Verhofstadt, related to the Romanian ruling coalition’s rumored intention to promote an ordinance for amnesty and pardoning. Several other members of the European Parliament said that such an initiative would be unacceptable.

The Romanian PM said that such an ordinance does not exist on her cabinet’s agenda and that the Government only wants to protect its people against abuses, according to Mediafax. She also said that, despite their strong attachment to the European Union, Romanians feel they are treated unfairly because their country is kept out of the Schengen area.

The dispute took place after Viorica Dancila presented to the European Parliament Romania’s priorities during the EU Council presidency, in a plenary session on January 15. Guy Verhofstadt warned Dancila that Romania takes the EU presidency at a critical moment, when vital legislative proposals are being discussed. He also mentioned the Article 7 procedures against Poland and Hungary.

“I hope that during your presidency there won’t be a third case, one against your Government. And I must say: you are not very far from this. You are getting nearer to Article 7 because you continue to ignore the Venice Commission’s recommendations,” the ALDE leader told Dancila, according to News.ro.

Other MEPs also urged Dancila not to ruin the EU Council presidency by adopting measures in Romania that are against EU principles. The Romanian PM replied that she didn’t go to the European Parliament to be held to account and that the MEPs were misinformed about her Government’s intention to issue an ordinance on amnesty and pardoning.

In a press conference after the EP debate, Dancila said that there’s no risk that Article 7 is activated in Romania’s case because rule of law is not in danger, according to Agerpres.

The full debate in the European Parliament is available here