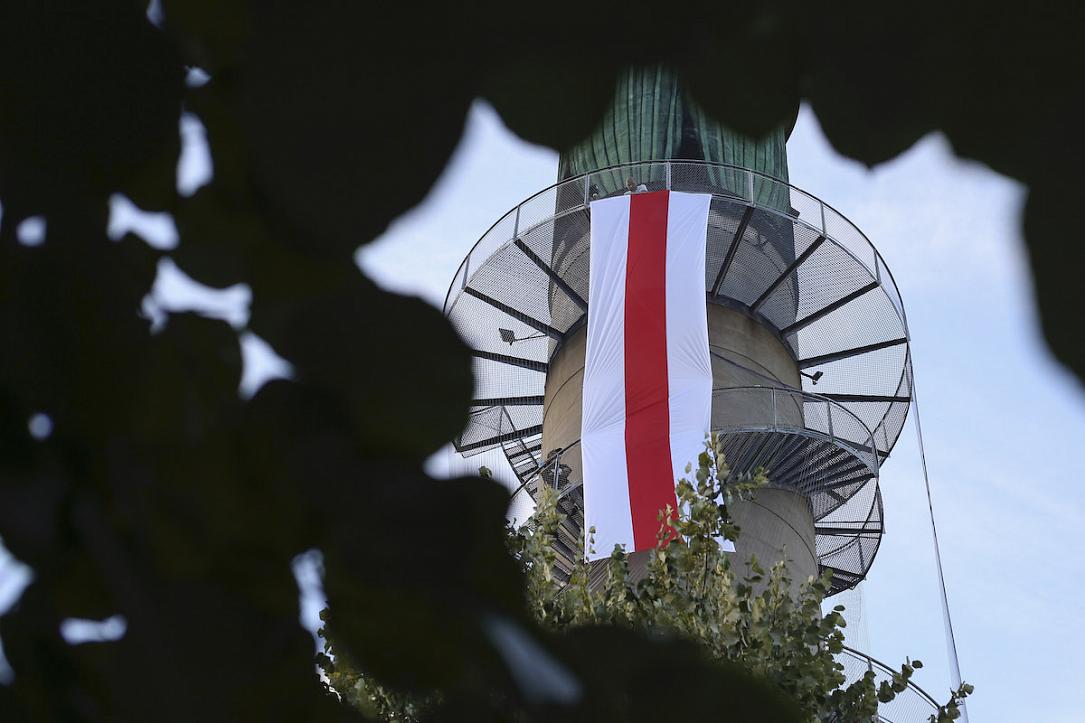 One of the organizations that launched this initiative also hoisted a large red and white flag on a water tower in Bucharest (opening photo) to show solidarity with the protesters against the regime of Alexandr Lukasenko.

The personalities who signed the open letter ask Romania's high officials to open official communication with Svetlana Tihanovskaia, Lukasenko's opponent in the presidential elections in Belarus. They also say Romania should make a clear statement that it doesn't recognize Lukasenko's election for a new mandate as president of Belarus. Romania should cut diplomatic ties with Belarus if the Lukasenko regime continues the repression against the protesters.

"Romanians have experienced a bloody revolution and are no strangers to recent repressions of peaceful protests, such as those of August 10, 2018, exactly two years before the events in Belarus," the letter reads. "Moreover, the same methods of torture described by citizens imprisoned in Belarus were also described by Romanian citizens arrested during the 1989 Revolution. Therefore, Romania must not stand aside when the people of Belarus need international solidarity."