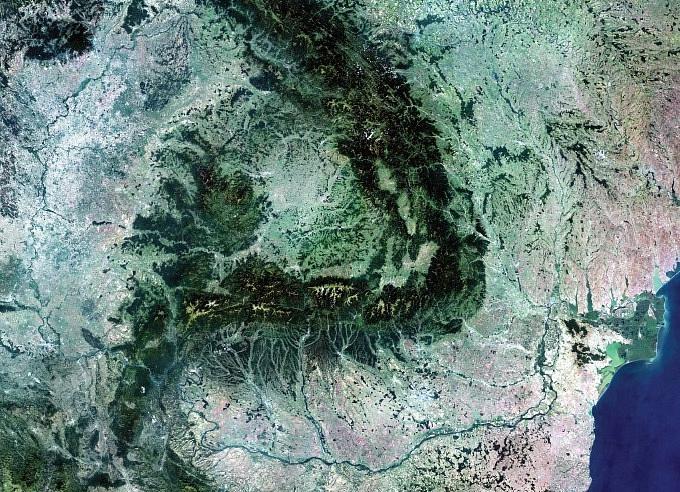 The European Commission’s Representation in Romania posted on its Facebook page a photo of Romania taken from space. The photo was taken by the Sentinel 2 European satellite, within the Copernicus EU Earth observation project.

The darker circle in the middle of the photo represents the Carpathian mountains, surrounded by lower areas. The Danube river, which also represents Romania's southern border (with Bulgaria) is also clearly visible, as is the Danube Delta, where the river flows into the Black Sea.