Romania had highest road death rate in the EU in 2017 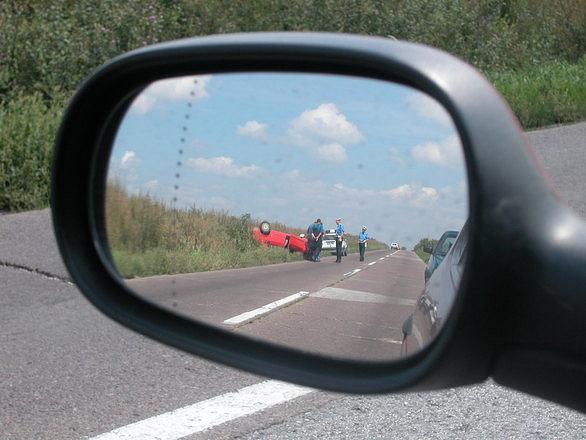 Romania had the highest road fatality rate in the European Union in 2017, of 98 deaths per one million inhabitants, according to data from the European Commission. It was double the EU average of 49 deaths.

Romania is followed closely by Bulgaria, with 96 deaths per one million.

In 2016, Romania had 97 road fatalities per one million inhabitants.

At the opposite end, the EU member states with the best road safety scores were Sweden (25 deaths per one million inhabitants) and the UK (27), followed by the Netherlands (31), Denmark (32), Ireland (33) and Estonia (36).

While Romania's road safety performance has not improved between 2016 and 2017, the country managed an overall reduction rate in road fatalities of 19% since 2010, very close to the EU average of 20%.

From 2016 to 2017, the EU average decrease in the number of road deaths was of 2% but some countries reported significantly higher percentages. It was the case of Estonia, with a 32% reduction, and of Slovenia, with a 20% reduction.

Overall, European roads remain the safest in the world as last year the EU counted 49 road fatalities per one million inhabitants, compared to 174 deaths per million globally. Only 8% of road fatalities in 2017 occurred on motorways versus 55% on rural roads, and 37% in urban areas.

In 2017, 21% of all people killed on roads were pedestrians, 25% two-wheelers (14% were motorcyclists, 8% were cyclists and 3% mopeds riders). Pedestrian and cyclist fatalities have decreased at a lower rate than other fatalities, by respectively 15% and 2% from 2010 to 2016, compared to the overall fatality decrease of 20%.

For every person killed in traffic crashes, about five more suffer serious injuries with life-changing consequences, and 135,000 people are seriously injured on Europe' roads every year, according to estimates from the European Commission. The majority of those are vulnerable road users, namely pedestrians, cyclists and drivers of powered two-wheelers.