No progress for Romania in Corruption Perception Index 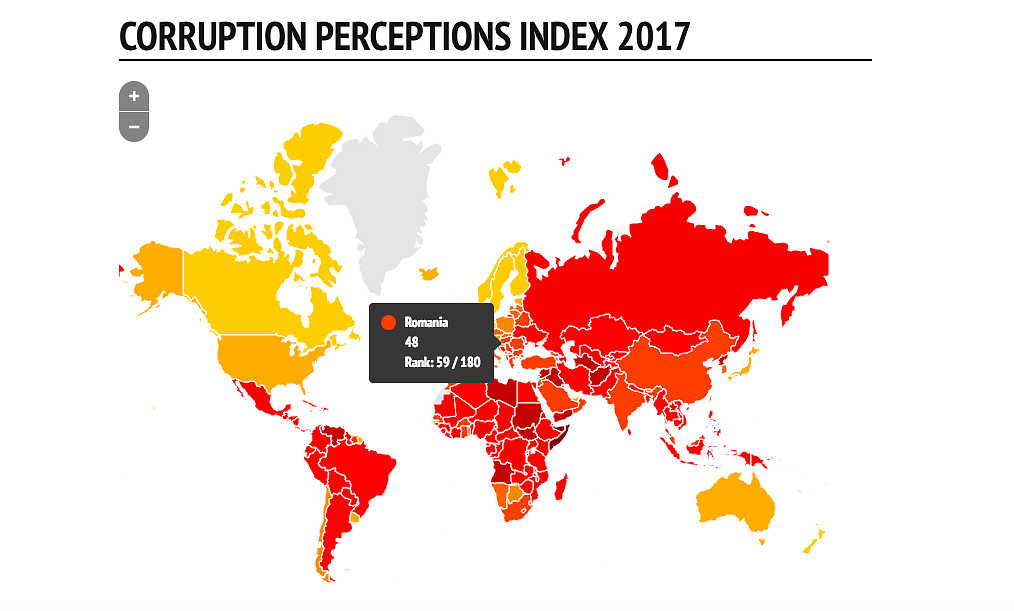 Romania is 59th in the world and 26th in the European Union, according to this year’s edition of the Corruption Perception Index compiled by Transparency International.

Of the EU countries, only Hungary and Bulgaria are behind Romania in this ranking. Romania has maintained the same score as last year, namely 48.

“This year’s Corruption Perceptions Index highlights that the majority of countries are making little or no progress in ending corruption,” according to the report.

The index, which ranks 180 countries and territories by their perceived levels of public sector corruption according to experts and businesspeople, uses a scale of 0 to 100, where 0 is highly corrupt and 100 is very clean. This year, the index found that more than two-thirds of countries score below 50, with an average score of 43.