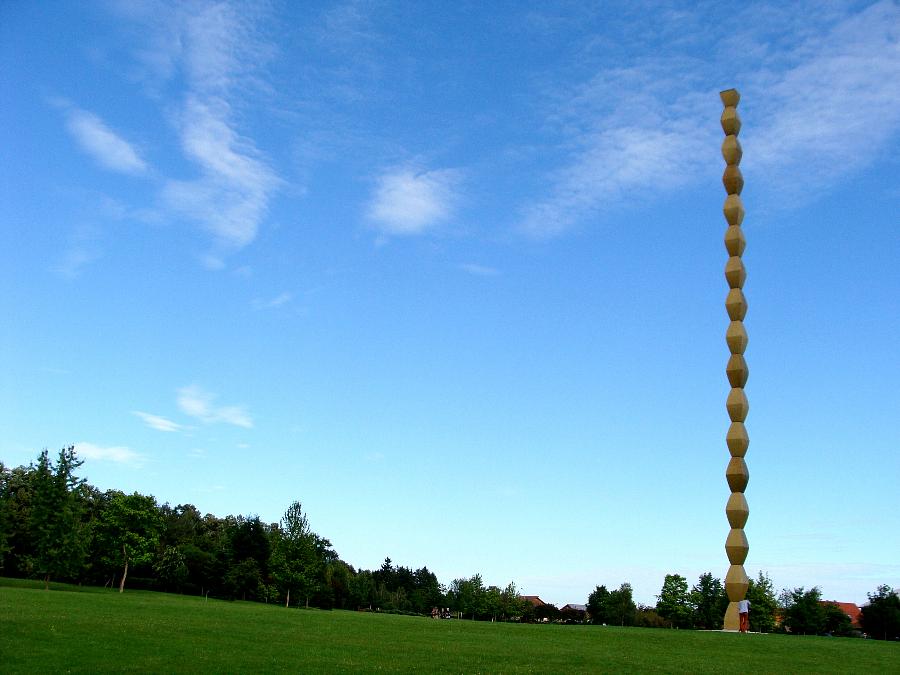 This year marks 140 years since the birth of Romania’s great sculptor Constantin Brancusi, several events being organized in his honor in Romania and abroad on Friday, February 19.

Known as “the father of modern sculpture,” Brancusi was one of the most influential sculptors of the 20th century as well as a painter and a photographer.

He was born on February 19, 1976, in Hobita, a small village in southern Romania. In 1903, he traveled to Munich and then to Paris. He exhibited at the Salon de Societé Nationale des Beaux-Arts in 1907 and attracted the attention of Auguste Rodin. For a short time he worked as an assistant to Rodin but soon left to work on his own, saying “nothing grows under the shade of great trees” and soon developed his highly individual style.

In the following years, he made several versions of Sleeping Muse and The Kiss. His works became popular in Romania, France, and the US. Brancusi reached the high point of his career by creating the monumental Ensemble from Targu Jiu, Romania, which constitutes a tribute to the Romanian soldiers who died during the First World War. The Gate of the Kiss, the Table of Silence and the Endless Column are the most important pieces of the Ensemble.

Given Brancusi’s importance for the Romanian culture and history, February 19 was declared a national holiday last year. Thus, several events will be organized in Romania and abroad on this day. However, this is not a legal day off.

Several events are also organized in Targu Jiu, the city that hosts Brancusi’s monumental Ensemble. The program opens on Thursday, February 18, with an exhibition at the Targu Jiu Art Galleries.

Starting 15:30, the Elvira Godeanu Theater will host the Gorj County Council and Targu Jiu Local Council joint meeting dedicated to this celebration. A sculpture exhibition will be opened at the Alexandru Stefulescu Museum at 17:30, while Romanian artists Gheorghe Zamfir and Dumitru Fărcașu, together with Doina Gorjului Artistic Ensemble, will hold a concert at the Anna Events Complex starting 20:00.

The conferences and debates will continue at the Constantin Brancusi University on February 20.

The National Art Museum of Romania in Bucharest also hosts a photo exhibition between February 18 and May 29. The exhibition is called Brancusi. Black and white forms.

Events will also be organized in Timisoara, Oradea, Suceava, Dej, at Balea Lake in Fagaras Mountains, and other cities in Romania.

Travel planner: A trip to the home of Romanian master Constantin Brancusi