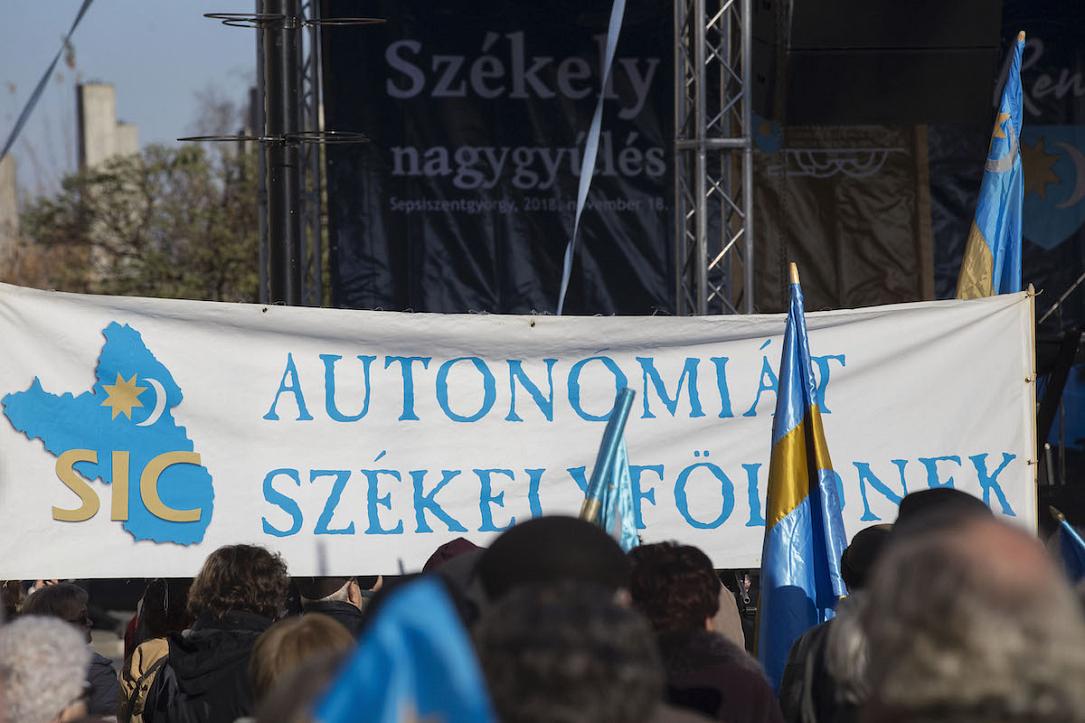 Update: Romania's Senate rejected the bill on Szeklerland's autonomy in a special session on Wednesday, April 29, one day after the deadline for a vote in the Chamber of Deputies had passed. A total of 126 senators voted against the bill. Only nine senators for the Democrat Hungarian Union (UDMR) voted for this law.

Initial news: Romania’s Chamber of Deputies has passed tacitly, without debate, a draft bill that offers administrative autonomy to Szeklerland, a region in the center of the country inhabited mainly by Hungarian ethnics. The tacit adoption of the bill came after the legal deadline for a vote in the Chamber passed on Tuesday, without the vote taking place. It does not mean that the deputies have actually voted in favor of this bill. The project will now go to the Senate, which has the final vote.

The tacit adoption of this draft bill has sparked another political scandal in Romania. The Liberal Government and the Social Democrats, who have the majority in Parliament, have blamed each other for this “slippage”, which risks reigniting ethnic tensions in Romania.

Romania’s president Klaus Iohannis accused the Social Democratic Party (PSD) of helping the ethnic Hungarian party UDMR to pass this law. He even suggested that PSD and its leader Marcel Ciolacu had a secret deal with Hungarian PM Victor Orban to "hand over Transylvania to the Hungarians". The statement, for which the president brought no arguments or proofs, has brought him a lot of criticism.

Meanwhile, PSD leader Marcel Ciolacu, who is also the Chamber’s speaker, said his party would call for a special session of the Senate on Wednesday to reject the bill, according to Mediafax. Ciolacu argued that the Liberal Government was late in submitting a point of view on this draft bill and that the Chamber’s Committee for Administration, also led by the Liberals, delayed its report on this legislative initiative, which is why the Chamber of Deputies couldn’t vote the bill in due time.

The draft law, initiated by MPs of the ethnic Hungarians’ party UDMR just before Christmas in 2019, grants Szeklerland the autonomous region status, with local leadership and a president elected for a period of four years. It also makes the Hungarian language an official language in public institutions, alongside Romanian. The project also mentions that Szeklerland can only lose its autonomy following a referendum among its citizens.

The autonomous region would include the Covasna and Harghita counties as well as part of Mures county, where the majority of inhabitants are Hungarian ethnics.

The bill’s initiators argued that Szeklerland’s autonomy would be an expression of its historical identity, ensuring equal opportunities for citizens and the protection of the Hungarian national identity, according to Hotnews.ro.

Over 600,000 Hungarian ethnics live in the Covasna, Harghita, and Mures counties, according to the results of the 2011 census. In Harghita and Covasna, they represent the majority. After the Romanian Revolution in December 1989, the ethnic Hungarians in this region have made several attempts to get more autonomy through legislative initiatives promoted by UDMR. However, the Romanian Parliament has rejected all the bills in this sense.