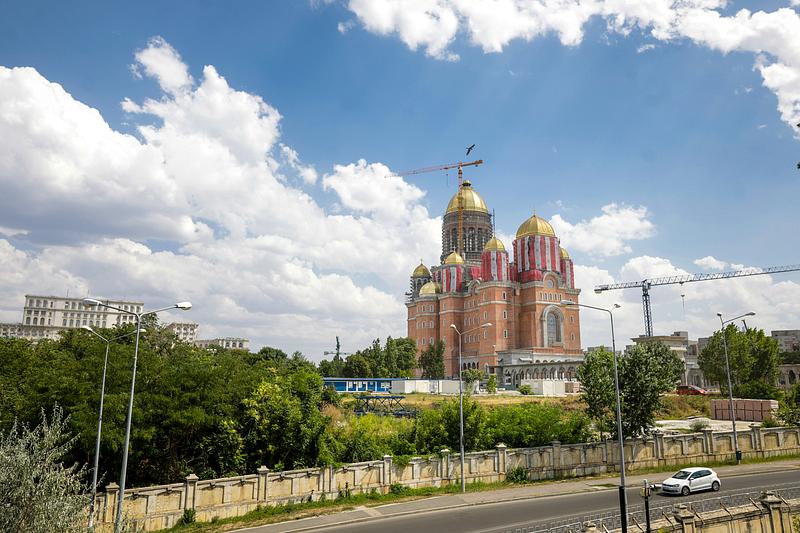 The People's Salvation Cathedral, under construction in Bucharest, has set the "new world record for the largest Orthodox iconostasis," the World Record Academy has said.

The iconostasis, a wall of icons and religious paintings separating the nave from the sanctuary, has 23.8 meters in length and a height of 17 meters.

The People's Salvation Cathedral, built nearby the supersized Palace of Parliament, is set to serve as the patriarchal cathedral of the Romanian Orthodox Church.

The iconostasis will be covered with mosaics on both sides, with over 800 sqm of mosaics in total. A team of 45 mosaic and fresco specialists, led by iconographer Daniel Codrescu, worked for ten months on the cathedral's iconostasis, the World Record Academy said in a presentation of the project.

The cathedral, the largest in the country, was consecrated in November 2018, with the Ecumenical Patriarch of Constantinople Bartholomew I and Metropolitan Chrysostomos of Patras attending the event.

During his visit to Romania in 2019, Pope Francis also visited the site.

Construction works on the cathedral started in 2010, and EUR 110 million investments were made by 2018.