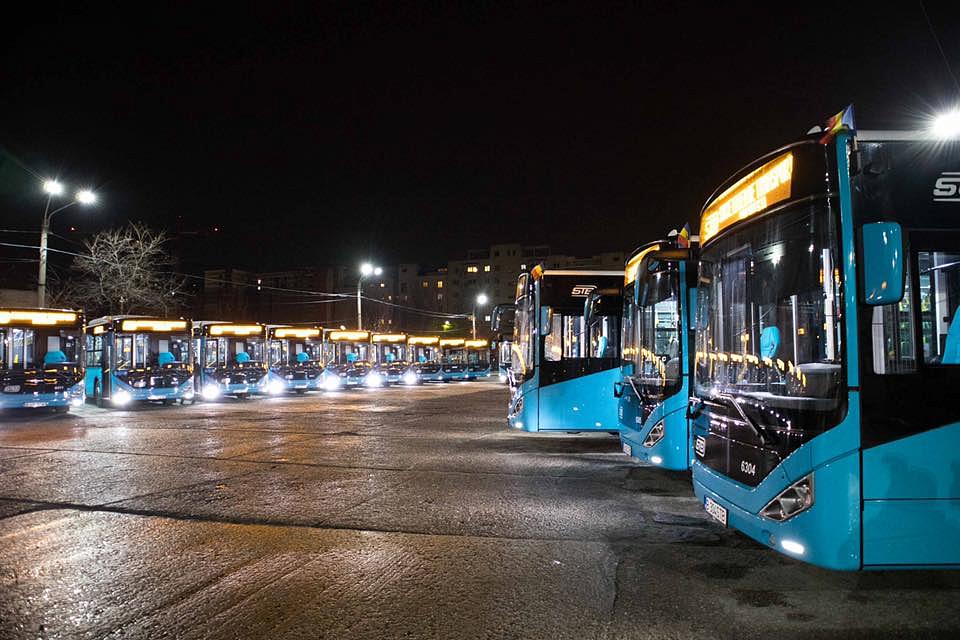 The first 30 Otokar buses purchased by the Bucharest municipality entered service on December 1.

Bucharest mayor Gabriela Firea signed in June the contract for the 400 Euro 6 buses to be delivered by Turkish company Otokar Otomotiv. The first 100 buses will arrive to the capital by the end of this year, the mayor said, adding that the rest will be delivered by end-2019. The value of the transaction is of EUR 100 million plus VAT, which makes it one of the biggest public acquisitions in Bucharest this year.

However, the local media reported that some of the 30 new buses put into operation in Bucharest have already encountered several technical malfunctions. For example, there was an incident reported with a bus where the fuse blew out but the Transport Company Bucharest (STB) denied any major problem. Several images of the bus being put back into circulation were shared on Facebook:

Meanwhile, the drivers have apparently complained about several problems. For example, one of the drivers struggled for several minutes to close the door of his cabin, according to local Digi24. When he finally managed to close the door, the driver realized that the door wouldn’t open anymore. In addition, some drivers complained about the low temperatures in their cabins or the fact that the engines don’t start. Some travelers also shared their stories on Facebook, saying that it is too cold in the new buses, local Playtech.ro reported.

STB said that all the new buses are functional and that some of the problems reported online, such as the low indoor temperatures, are also caused by the drivers who are not yet familiar with the new means of transport.