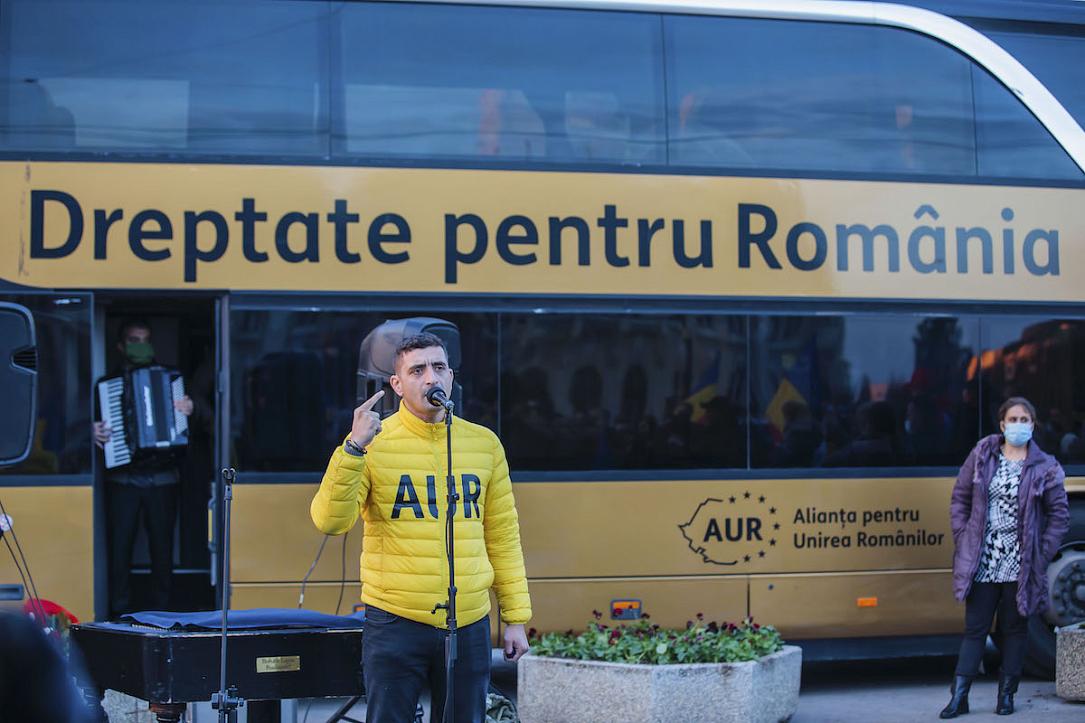 Some 15,000 Romanians have joined the Alliance for Romanians' Unity (AUR) within only 24 hours, following the call launched on Monday, December 7, by the party's co-presidents George Simion and Claudiu Tarziu.

According to a press release sent by AUR on Tuesday, 15,000 Romanians joined the party after the appeal launched by its co-presidents.

"AUR wants to change for the better the Romanian society on all levels and addresses all those who don't find themselves in the principles, values, but especially the actions of the parties that have replaced each other at the helm in the last 30 years. I draw everyone's attention, however, that joining AUR is not for seeking benefits. AUR membership means to sacrifice for the country, not getting a public seat or benefits," said George Simion, AUR co-president.

The AUR membership entry can be signed online.

According to the press release, AUR will have 46 senators and deputies in the Parliament. The party, which has strong nationalistic rhetoric, was the surprise of the parliamentary elections on December 6, getting 9% of the votes.