Moldovan President during visit to Moscow: Half of Romania’s territory belongs to Moldova 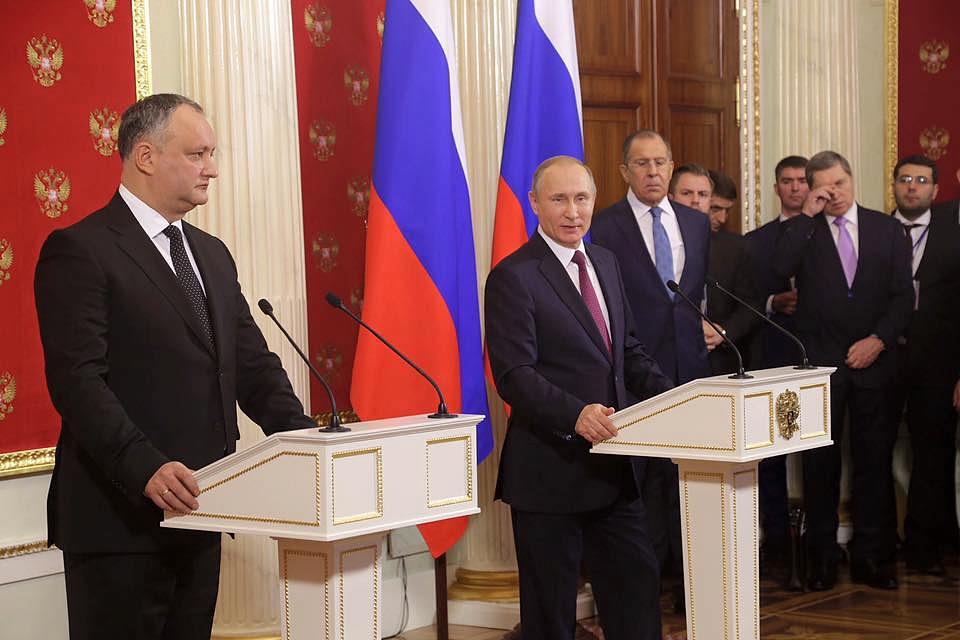 Moldovan President Igor Dodon had his first official visit to Moscow this week, during which Russian President Vladimir Putin offered him an 18th-century map of Moldova.

Dodon showed the map to the press, saying that half of the current territory of Romania belongs to Moldova, reports Moldovan publication Deschide.md.

Italian cartographer Bartolomeo Borghi made the map in the 18th century, after the Russo-Turkish War of 1790-1791. The map covers the current Republic of Moldova, the Moldavia province in Eastern Romania, part of Romania's Dobrogea, as well as some territories in today's Ukraine. While in Moscow, Dodon also said that he has no intention of putting an iron fence on the Prut River, and stressed that the humanitarian program the Republic of Moldova has with Romania is beneficial and shouldn’t be stopped.

“We have no problem with Romania, except for this one: the attempt to make the union with Moldova,” Dodon said.

Both the Romanian and Moldovan officials talked about the unification of the two countries in the past years. Moreover, in late-October 2016, before the presidential elections in the Republic of Moldova, some 2,000 people marched in Bucharest for Romania’s union with Moldova, receiving some vague promises from some Romanian politicians.

Some pro-European Moldovan leaders have also been supporting the idea of the country's union with Romania. In late-December, Igor Dodon dismissed defense minister Anatol Salaru for pleading for the country’s unification with Romania.

Moreover, Dodon also canceled the Moldovan citizenship of Romania’s former President Traian Basescu, arguing that the citizenship was “illegally” granted to Basescu, because the former Romanian President repeatedly urged for the “liquidation of the statehood of the Republic of Moldova by annexation to Romania.”

Igor Dodon's election as Moldova's President, in October 2016, marked a switch in the country's foreign policy from a pro-European approach to a pro-Russian one.

Dodon made several other important statements after his meeting with Russia President Vladimir Putin. He said that Moldova may abandon its association agreement with the European Union after the next parliamentary elections. He also stated that Moldova may ask NATO to recognize the country's neutrality. Dodon added that the withdrawal of the Russian troops in Transnistria, a separatist region in Eastern Moldova, was not an "acute" one, and that those troops fulfilled their purpose, which is to maintain peace in the region.