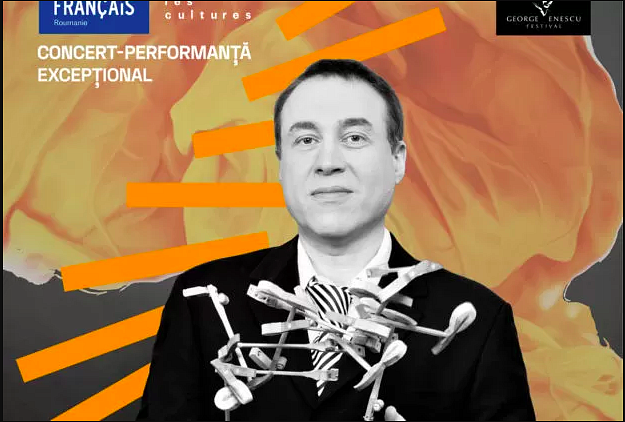 Well-known composer, pianist and improviser Jean-François Zygel will come to Bucharest in September for two concerts and a masterclass organized under the Enescu hors les murs concept.

The events are scheduled for September 16, 17 and 18 and are part of an associated project of the George Enescu International Festival.

Thus, a masterclass of improvisation dedicated to young musicians will be organized at the Bucharest National University of Music on September 16, while the next day the French pianist will hold an improvised piano concert at the French Institute’s Elvire Popesco Hall starting 19:30. On September 18, also starting 19:30, Jean-François Zygel will go on stage in the Enescu Festival Square alongside guests Damian Draghici and Cristian Soleanu.

Tickets for the event at the Elvire Popesco Hall can be purchased online at Eventbook.ro while public access to the concert on September 18, in the Enescu Festival Square, is free.