Insider views: People die on Romania's roads every day. Do their killers pay for it? 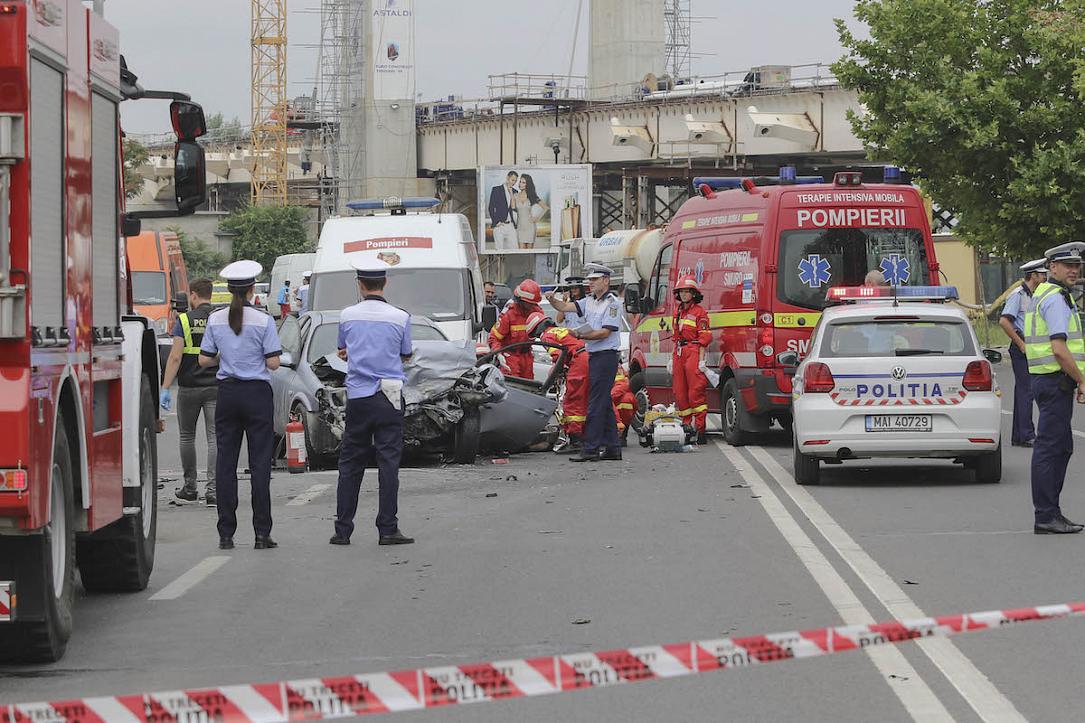 Two news pieces from the Romanian regional media on November 14: Woman dies, one-and-a-half-year-old daughter in coma after being run over on crosswalk and Drunk priest runs over 40-year old woman and runs from the scene.

The case of the woman killed on the crosswalk is heartbreaking. A 40-year old Gendarmerie officer, the woman was walking her daughter in a baby carriage, when she was hit by an Audi A8 driven by a 26-year old young man, according to Monitorul de Suceava. The accident happened during the day, albeit a rainy one, on a crosswalk in front of the Suceava Courthouse. The impact was so violent that the woman was thrown 40 meters away on the sidewalk and the carriage with the baby inside followed a similar trajectory. Yet, the young man who cause the accident claims he was not speeding and that he was doing 70 kmph at most (in an area where the speed limit is 40 anyway).

Romanian media writes about such tragedies every day: pedestrians hit on crosswalks, drunk drivers who run over pedestrians or cyclists, daredevils who use public roads as obstacle racing tracks looking to get Facebook likes until their live crash becomes their last viral.

Overall, Romania is second in the EU for road fatalities per million inhabitants, with 96.8, just after Bulgaria (98.3), but way above the EU average of 50.6.

This being the situation, what do the authorities in Romania do?

First, the Parliament votes a law that makes it mandatory for police radars to be signaled several kilometers in advance (the Constitutional Court ruled this bill was unconstitutional)

Secondly, several MPs come up with a draft bill that aims to make it more difficult for the police to suspend a driver’s license, that would allow drivers to get away even with some serious offences (this bill is pending debate in the Parliament).

Drivers who are responsible for road accidents with fatalities rarely get jail sentences in Romania. This only happens if there are other aggravating circumstances, such as the driver being drunk. Usually, killing people in a road accident is tried as manslaughter and those found guilty get suspended sentences.