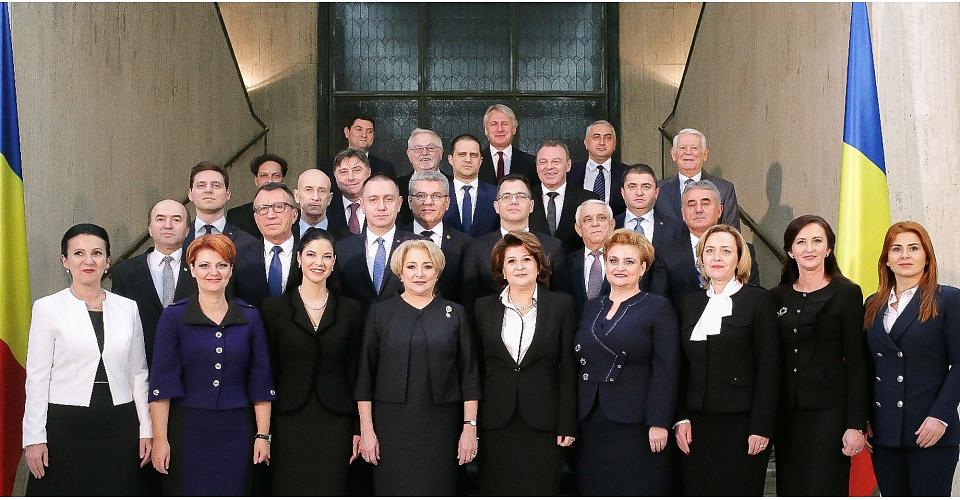 The official group photo of the first Romanian government led by a woman prime minister has raised some controversies after it was observed that the flag of the European Union (EU) doesn't appear next to the Romanian flag, as it was the case so far.

Platforma Romania 100, the NGO founded by Romania’s former technocrat prime minister Dacian Ciolos, drew attention to the absence of the EU flag from the photo in a Facebook post. The post includes a comparative collage of group photos from the governments led by Victor Ponta, Dacian Ciolos and the new PM Viorica Dancila.

“Protocol error or a clear message on Romania’s direction in the EU? The government of Romania, the day of investiture. For the first time after many years in which the EU flag stood next to the Romanian flag, as was the case with the Ciolos cabinet or even the one run by Victor Ponta, the EU flag was removed from the official picture,” reads Platforma Romania 100’s Facebook post.

“It is happening in the year in which Romania is preparing to take over the presidency of the EU Council, and given the fact that the prime minister had been an MEP for nine years.”

The new government led by Viorica Dancila, the third prime minister the ruling Social Democratic Party (PSD) appointed in only one year and Romania's first woman PM, got the Parliament’s confidence vote on January 29. A total of 282 senators and deputies voted for the new government while 136 MPs voted against. The minimum number of votes for the cabinet to pass was 233.

The sworn in ceremony took place later the same evening, in the presence of president Klaus Iohannis.