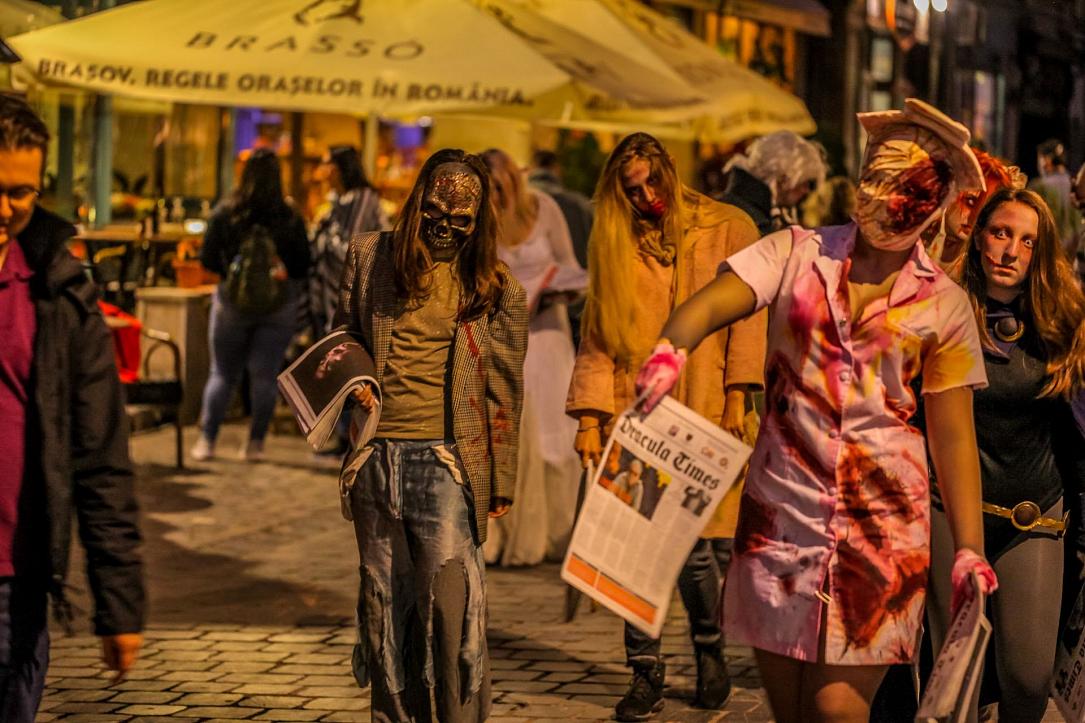 This year’s edition of Dracula Film Festival takes place between October 16 and October 20 in Braşov, in central Romania.

At this edition, the event will mark the 30 years that have passed since the death of Romanian filmmaker Ion Popescu-Gopo with the screening of four of his films. Entrance at the screenings will be free of charge.

The festival will open with a screening of the film Zombieland: Double Tap. It will also screen The Addams Family 3D, and Robert Eggers’s The Lighthouse, the winner of the FIPRESCI award at this year’s Cannes film festival.

Five films are competing at the festival for the 2019 Dracula Trophy. They are: Artik, directed by Tom Botchii, The Curse of Valburga, directed by Tomay Gorkic, Vortex, directed by Christophe Karabache, Diablo Rojo, directed by Sol Moreno, and The Antithesis, directed by Francesco Mirabelli. The screenings will take place on October 17 and October 18, and entrance will be free of charge.

In the Dracula Digital section, 11 teams, coming from Romania, France, Croatia, and Italy and Japan, will film in Braşov a short film using a mobile phone. The winning film will be awarded a EUR 500 prize.

Italian filmmaker Lamberto Bava, the mastermind of numerous horror films, will be a special guest at the festival.

Among the additional events occasioned by the festival are various concerts and a Zombie Walk, to be held in downtown Braşov.

The program of the festival is available here.