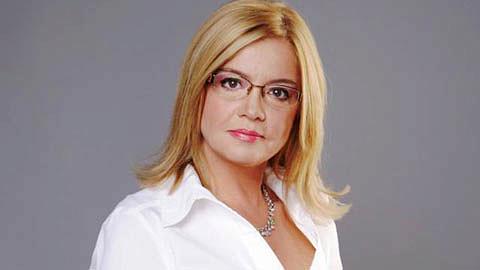 Romanian TV journalist and host Cristina Ţopescu was found dead on the evening of January 12 at her home in Otopeni, close to Bucharest, the Ilfov County Police Inspectorate said.

The journalist, who was also a member of the communication team of the Romanian Health Ministry, was 59 years old.

A neighbor called in the Police after not seeing her for three weeks. “Following the call, the Otopeni Police entered the residence where they found a deceased person who did not show any visible violence marks. A forensic investigation is to be carried out,” a press release of the Ilfov County Police Inspectorate informed.

Cristina Ţopescu, the daughter of sports commentator Cristian Ţopescu, was born on July 4, 1960 in Oradea, in western Romania. She studied English and Italian at the Foreign Languages Faculty of the University of Bucharest. After contributing to the Cinema magazine, she joined the newsroom of the public television TVR. She also worked as a news anchor for Prima TV and Antena 3. In 2017, she stopped working in the media. At the end of last year, she was appointed an adviser of the health minister Victor Costache.

Minister Costache called Cristina Ţopescu a “perfect professional” and said he could not believe that she passed away, “alone and in silence,” News.ro reported.