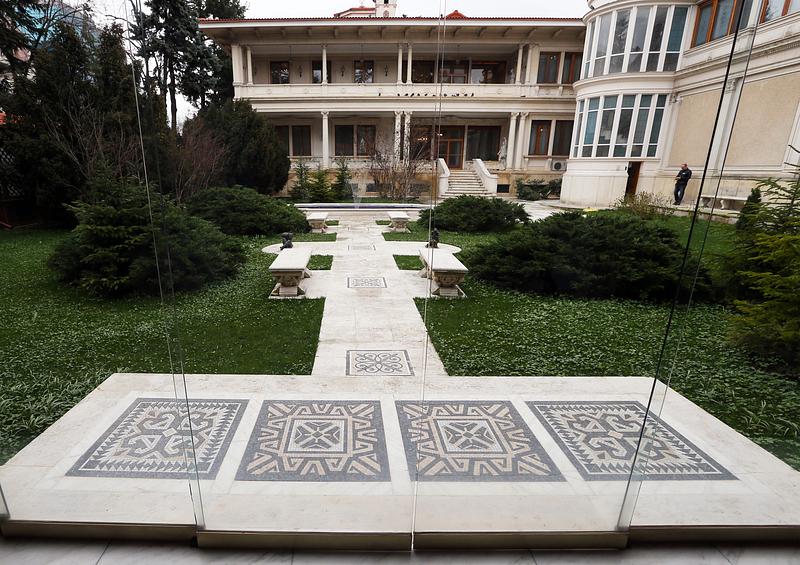 The late dictator Nicolae Ceaușescu’s grandiose project that is now the Parliament Palace is one of the most visited sites in Bucharest. Still, to get a sense of the lifestyle of the former Communist leader several properties across the country can be visited, rented, and, in some cases, even purchased. We list some of them below.

The palace (in opening photo) is located in Bucharest's Primăverii neighborhood, known before 1989 as the place where many of the communist elite resided. Between 1965 and 1989, it was the private residence of Nicolae and Elena Ceauşescu and of their children, Nicu, Zoia, and Valentin. The edifice was built in the mid 1960s and enlarged at the beginning of the 1970s. The mansion, which also has a beautiful garden, houses a collection of painting by Romanian artists such as Octav Băncilă, Camil Ressu or George Baron Lowendal, a variety of handmade tapestries, and a large number of mosaics.

A tour of the building will let visitors see how the Ceauşescu lived but also allow some insights into his hobbies and routines.  More about the house and how to visit it here.

The Snagov Palace was built in the 1930s by Prince Nicolae, the brother of King Carol II, and expanded in the 1980s by the Ceaușescu family. The initial architectural plans were designed by Henriette Delavrancea Gibory, the daughter of Romanian writer Barbu Ștefănescu Delavrancea, and the building was finished in 1931. The palace remained uninhabited as Prince Nicolae went into exile and afterwards it housed marshal Ion Antonescu, the prime minister of the country for most of the Second World War, and Gheorghe Gheorghiu Dej, the first Communist leader of Romania, between 1947 and 1965. From the initial configuration, the palace keeps the entrance, the stairway and the hallway leading up to the first floor.

Ceaușescu requested the expansion to the building as he wanted it to host meetings of the council of ministers. The expansion works, which took almost seven years, were done after the plans of Nicolae Vladescu. Ceaușescu never lived inside the palace but across the lake, at Villa 10, one of the villas in the complex erected on the premises of former farms nearby. He traveled from his home to the palace by boat, hence the pontoon that was built.

The palace, with a Brâncovenesc style of architecture, reached 1,500 sqm after the expansion. It preserves offices, meeting rooms, bedrooms, bathrooms, children’s rooms. In the basement, there is a cinema hall, a wine cellar, fitness hall, and a sauna room.

The palace can currently be rented for various events. More details here.

This villa in the mountain resort in Prahova Valley was erected in the 1920s and was among the first holiday residences in the area. It is built in a traditional style, similar to that of front porch houses in the Wallachia region, it was used by Ceaușescu between 1950 and 1958, while he was a deputy minister with the Ministry of National Defense, and head of the Army’s Superior Political Department. The villa, with 8 rooms and 3 bathrooms, is currently for sale. More details here.

The cabin was designed and built as a hunting lodge. It was built at the same time as the high-altitude road Transfăgărăşan as Ceauşescu wished to have his own location to hunt chamois.

The villa was finished in 1972, two years before the Transfăgărăşan became operational. It suffered various changes in time, after damage caused by the extreme weather events. For instance, in 1974, the villa’s rooftop detached after a storm and reached the Bâlea Lake. The apartment where Ceauşescu stayed while he was visiting here can still be visited today. It preserves the furniture he used, including a small table used for playing cards, the carpets and curtains, and the TV set.

Today the villa, which has a restaurant on site, is open for tourists. More details on the accommodation options and prices here.

Neptun was the resort where Ceauşescu used to spend the summers at the Black Sea. Ceauşescu and his wife used to stay at a villa with a private beach, guarded by security. Almost 100 people were employed to attend to the couple and the residence. Other residences nearby where occupied by other members of the Ceauşescu family. After 1989, the villas were taken over by the state, and in recent years by private investors who opened them as accommodation options for the wide public.

Another protocol villa occasionally used by Ceauşescu was the one on the shore of Cinciş Lake, near Hunedoara. Here, the Casa Albă tourist complex was built at the beginning of the 1970s and, close by, a villa to be used by the dictator was added. The late dictator only stopped by a few times but other high-ranking members of the Communist Party who visited Hunedoara stayed there. Meanwhile Casa Albă Cinciş offers is open for tourists. More info here.

This architectural jewel was the property of the Neuman family, until it was seized by the Communist regime and turned into the Guest House of Arad county. It was used as a protocol residence by the Ceaușescu family, including for official meetings between heads of state. It is built with elements of neoclassical architecture and a ground floor rich in decorations. It is currently for sale with a starting price of EUR 2.7 million. Further details here.

Other properties Ceauşescu used were in Pătrăuți, in Suceava county, where he used to go hunting; in Soveja, a commune in Vrancea county, where he also used to hunt; and in Scroviștea, close to Bucharest. According to media reports, a villa here was also used by former Social Democrat leader Liviu Dragnea.