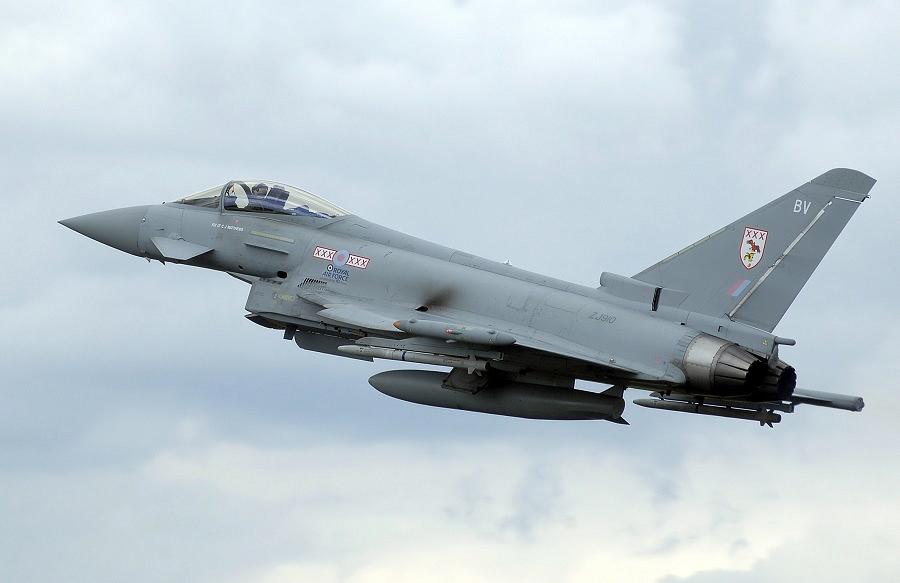 The Typhoons will be based at the Mihail Kogalniceanu Airbase in southeast Romania for up to four months next year.

“The Defence Secretary said that the UK will commit RAF Typhoon aircraft to the NATO Southern Air Policing mission to offer reassurance to the Black Sea allies. Deployed from RAF Coningsby, the Typhoons will be based at Mihail Kogalniceanu Airbase, Romania, for up to four months in 2017,” reads a statement from British Ministry of Defense.

The Typhoon aircraft will participate in missions of air police and will counter any infringement of the NATO airspace in the southeast, reports local Digi24.

The UK's announcement comes as NATO Defense Ministers meet on October 26-27 in Brussels to discuss the plans for a strengthened NATO presence in the eastern part of the Alliance and in the Black Sea region, and Russia’s recent military activity along NATO’s borders.

UK becomes the second NATO ally that sends military equipment to Romania. US will also deploy an armored battalion in Romania in early 2017, part of its commitment to increase military presence in Eastern Europe.

A NATO command center is already functional in Bucharest and a multinational NATO brigade will also be created in Craiova, southern Romania.

NATO warships have also rotated in the Black Sea regularly in the past two years, also part of the Alliance's efforts to keep an eye on Russia's operations in the region, after the annexation of Crimea. US destroyer USS Carney made a stop in Romania's Constanta port on Tuesday, October 25. The destroyer is equipped with the Aegis Ballistic Missile Defense System.