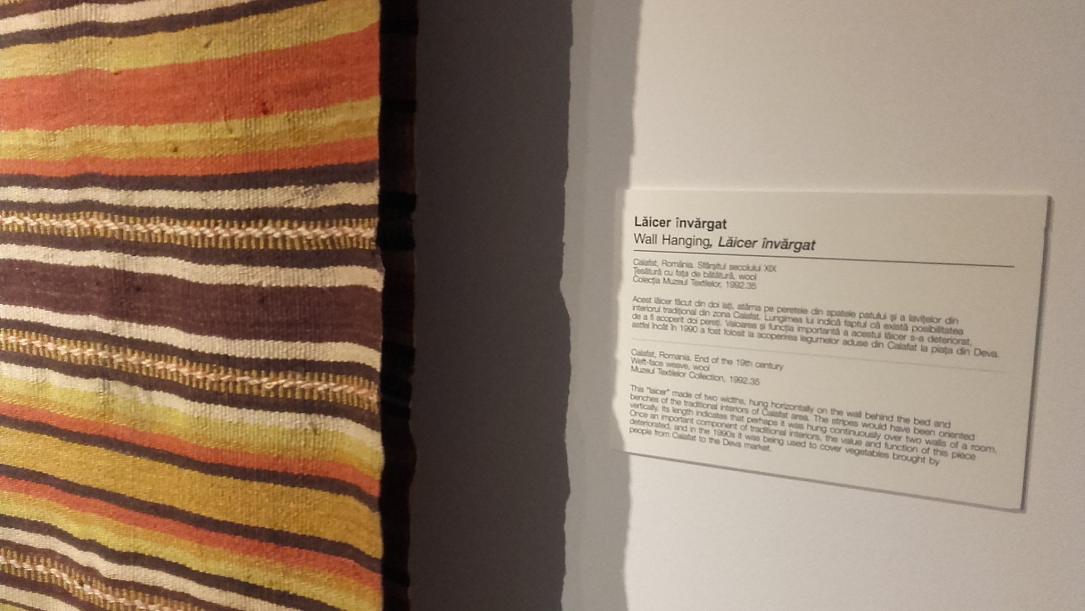 Muzeul Textilelor (The Textiles Museum), a private museum that exhibits textiles and tools used in traditional textile production worldwide, has opened in Hunedoara county, in Romania’s Transylvania region. The museum has two venues in Băiţa and one in Hărţăgani village.

The museum is the initiative of Florica Zaharia, a former textile conservation specialist at the Metropolitan Museum in New York (The Met).

The collection of the institution covers approximately 12,000 textiles and tools, and was recently enriched with the donation of 1,871 costumes, accessories and textiles from The Costume Institute at The Met. The donation encompasses artifacts from near 100 cultures around the world, including pieces from Eastern European countries and Romania.

In 2019, the museum is planning an exhibition of traditional costumes of Romania and Japan, in collaboration with the Astra Museum in Sibiu.

More about the museum here.