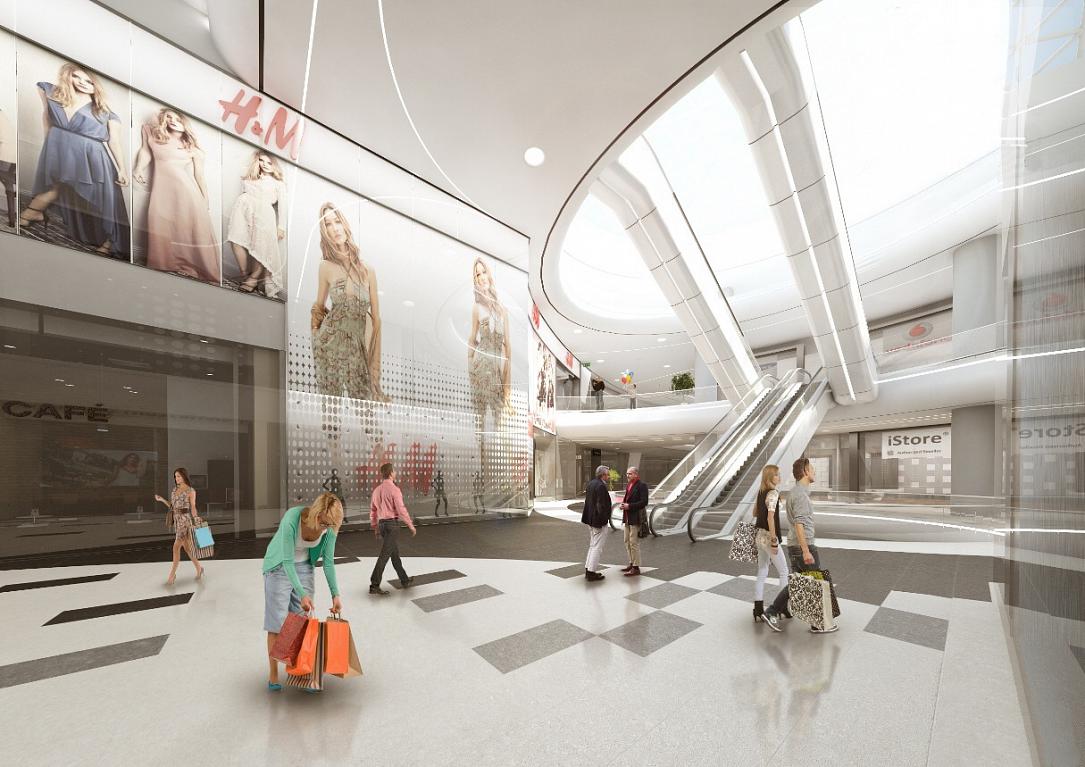 Ever since modern retail made an entry in Romania in the late 90s, Romanians got the hang of shopping malls. The real estate boom in the early to late 2000s brought several shopping centers, not only to capital Bucharest, but all across Romania. With their mix of diverse shopping, food courts and entertainment options, shopping malls are among target destinations for the weekend for many Romanians.

The capital cty will welcome a new shopping mall this week: the Mega Mall. The mall, built by investment fund  NEPI, has a leasable area of 75,000 sqm, which makes it one of the largest shopping malls in Bucharest. Its opening is scheduled for May 14.

Here’s a list of other large malls in Romania’s capital.

Baneasa Shopping City mall, part of Baneasa commercial area in Northern Bucharest, has a GLA of 85,000 sqm and some 1,500 underground parking places. The mall required an investment of some EUR 150 million and was inaugurated in 2008. Major tenants include Bershka, H&M, Lacoste, Lee Cooper, Pull&Bear, among others. It is the maine shopping and entertainment destination in Northern Bucharest. Address: 42D, Bucharest-Ploiesti road.

Militari Shopping Center, opened in 2003, expanded from a 53,400 sqm rentable area to 54,100 sqm. The project, owned by Atrium European Real Estate company, also has some 2,500 parking places. Some of its major tenants are Auchan, Decathlon and C&A. Address: 560A, Iuliu Maniu street, Bucharest.

Grand Arena Mall, opened in 2009, has a GLA of 50,000 sqm and some 2,000 parking places. The shopping center, owned by Euroinvest Intermed, required an investment of EUR 187 million. It is located in the south part of Bucharest, in Berceni area. Address: 12-18, Metalurgiei blvd., Bucharest

Iris Shopping Center, located in the Titan area in Bucharest, has a lettable area of 48,000 sqm and 2,000 parking places. Avrig 35 invested some EUR 70 million in developing the complex. In 2008, Deutsche Gesellschaft fur Immobilienfonds (DEGI) signed an agreement with Avrig 35 for the Iris shopping center.

Plaza Romania, in Western Bucharest, opened in 2004 and has a GLA of 46,880 sqm. The mall was developed by Anchor Group, one of the biggest real estate developers in Romania. It required an investment of EUR 63 million. Its parking offers 2,000 places and some of its major tenants are Zara, Mango, Pull&Bear, Nike, Adidas, Diverta, Mega Image and Movieplex. Address: 26Z, Timisoara blvd., Bucharest.

Unirea Shopping Center Bucharest, located downtown Bucharest, in Unirii Square, has a GLA of some 44,000 sqm and 1,000 parking places. The shopping center’s building dates back from the Communist period and underwent several facelifts in time. It was the largest department store in the Communist Romania. Unirea Shopping Center is majority-owned by Dan and Carmen Adamescu, via the Nova Group.

Promenada Mall opened in October 2013 -one of the latest mall penings in Bucharest, and has a GLA of 40,300 sqm. NEPI signed the acquisition of Promenada Mall from Austrian Raiffeisen Evolution in late-October 2014, for a total of EUR 148 million. Major tenants: Billa, Bershka, C&A, Hervis, KFC, Oysho, Zara. Address: 246B, Calea Floreasca street, Bucharest.

Liberty Center opened in 2008 and has a leasable area of some 26,000 sqm and 600 parking places. It required an investment of some EUR 70 million. Major tenants: Adidas, CCC, Kenvelo and KFC. The mall is located in the south of Bucharest, in Rahova area. Address: 151-171, Progresului street, Bucharest.

Fashion House was the first outlet center in Romania. Located in the west part of Bucharest, within West Park, the project has a GLA of 20,000 and some 200 parking places. It was opened in 2008. Address: Militari area, entrance from the A1 highway, km 13.

Cocor Store reopened to the public in October 2010, after some upgrading work with costs of EUR 24.5 million. Located close to the historical center of Bucharest, the store - also dating back from the Communist period- has a leasable area of 10,000 and a parking with 200 places. It includes a gallery destined to Romanian designers. Address: 29-33, Ion C. Bratianu blvd., Bucharest.