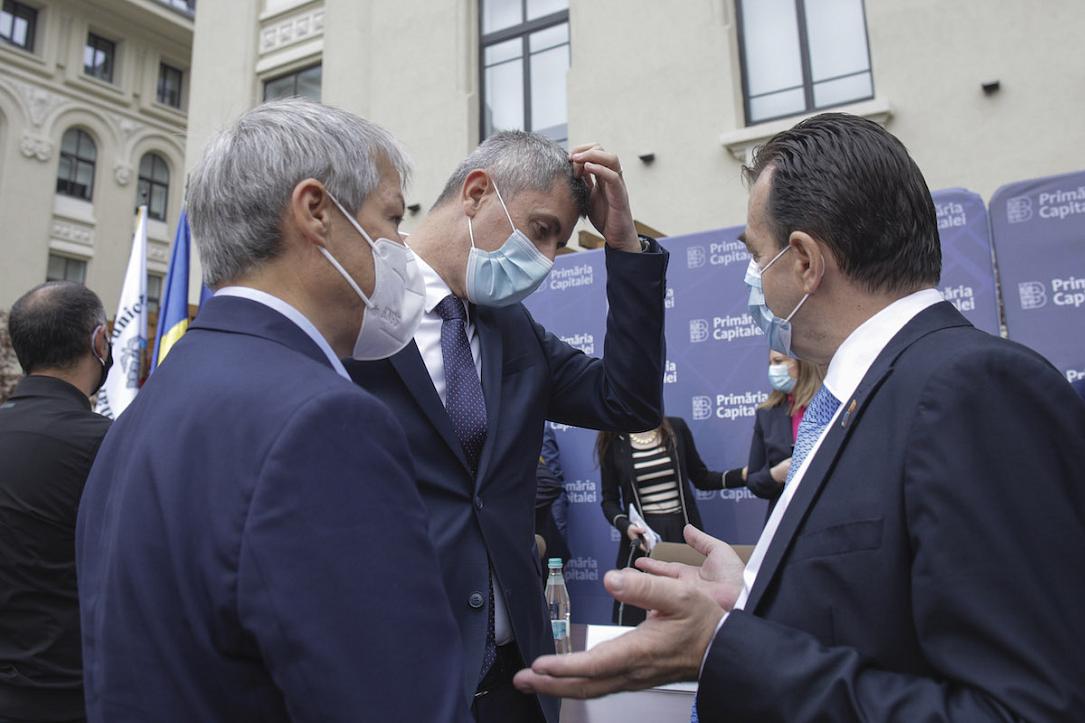 Although the conflict within Romania's center-right coalition has not been escalating after the dismissal of health minister Vlad Voiculescu (USR-PLUS), and despite all partners' commitment to keeping the coalition intact, the views expressed by the parties in conflict are highly divergent.

A point of inflection is the ruling coalition's meeting scheduled on April 19, when the ruling parties' leaders will agree on further steps.

And his other claims are equally radical. Possible prime minister options proposed by the reformists to the senior ruling party are PNL leader Ludovic Orban or the head of the Bihor County Council, Ilie Bolojan, G4media reported.

Regarding the nomination for the future minister of health, Bulai said that USR-PLUS has several options, invoking several names, including Andreea Moldovan - the state secretary who triggered the political scandal by the publication of an order including stricter criteria for quarantine.

USR MP Bulai also said that, no matter how long the crisis lasts, USR-PLUS must receive guarantees that it will not happen again that the prime minister will change ministers appointed by the junior ruling partners without consulting these parties.

The senior ruling party PNL doesn't consider the resignation of PM Citu as an option. PNL president Ludovic Orban, a would-be rival in the internal race for the party's leadership of PM Citu, strongly backs the head of the Government.

"You cannot change the prime minister only because a coalition party disagrees about an obviously underperforming minister being replaced. I have been extremely polite, and I didn't want [so far] to criticize one minister or another because we are in a coalition, and we need to discuss these things among ourselves," Orban said at a news conference in Baia Mare over the weekend, Agerpres reported.

Orban stressed that it was actually USR-PLUS that came up with the proposal to appoint Forin Citu as prime minister - while firmly opposing his candidacy for a second term after last fall's elections when the incumbent coalition was formed.

On a tougher note, Orban stressed that any minister attacking his prime minister should know that he will be dismissed.

The PNL president stressed that the prime minister's decision to dismiss Voiculescu involved "courage, responsibility, but also risks" and asked the USR-PLUS partners, whom he considers to be "inexperienced" in terms of ruling and especially ruling as part of a coalition, to analyze this decision objectively - and they will find that it was a correct one.