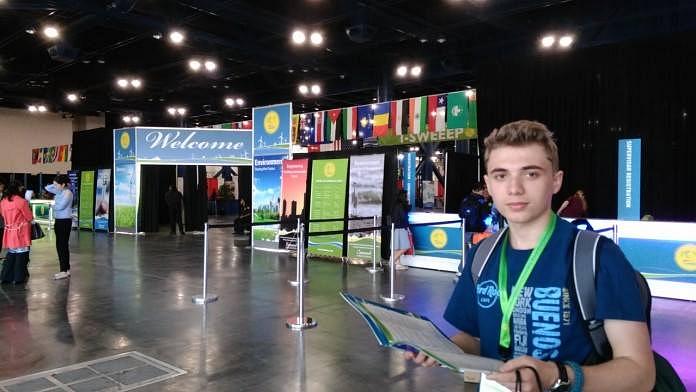 Alexandru Oprea, an 11th-grade student at the International Informatics High School in Constanta, took the Math and Physics Scholastic Assessment Tests, commonly known as the SATs, in January.

He scored the maximum 800 in the Math test, which is considered the most difficult subject, and 755 in the Physics test.

Alexandru Oprea studied about two months for this exam, according to a statement from the school. The Romanian student didn’t find the exam too hard, as he was used to study constantly for these subjects, but the short time allocated for each question represented a problem, reports local Mediafax.

Alexandru Oprea studied in Braila for eight years before coming to the Informatics High School in Constanta. His biggest passion is physics, a subject for which he also won a national Olympiad.

The Romanian student is no stranger to international success, as he also won the bronze medal at last year’s ISWEEP – the international Olympiad for sustainable energy, engineering, and environment projects. The contest was organized in the U.S. in May last year, with more than 500 projects from 70 countries in competition.

The SAT is a standardized test widely used for college admissions in the United States. Last year, Roxana Vatamanu, who was also a student at the International Informatics High School in Constanta, also scored the perfect 800 SAT Math score.