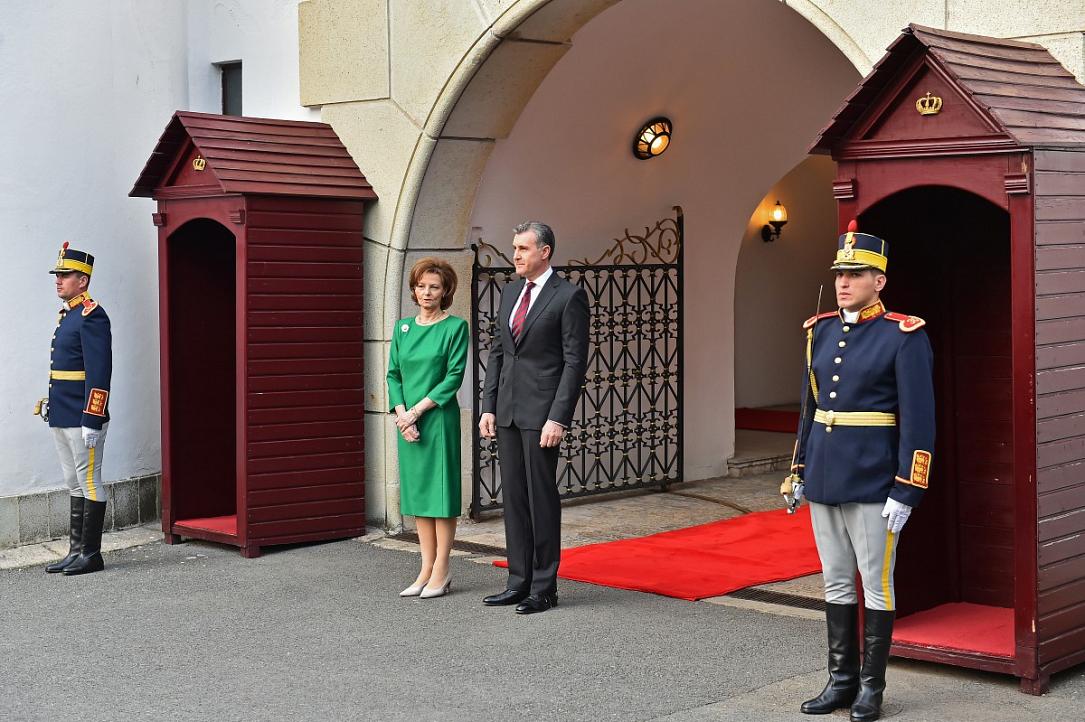 The Romanian Royal House is having “promising talks” with the Government to find provisional solutions about their stay at the Elisabeta Palace in Bucharest, Andrew Popper, the head of the Royal House, said in a TV show, quoted by News.ro.

The Elisabeta Palace has been the official Bucharest residence of the Romanian royal family since King Michael received the right to use it in 2001, in his quality as a former head of state. King Michael passed away on December 5 of last year and, according to current legislation, his heirs need to leave the residence.

However, a bill concerning the Royal House of Romania, which is currently under debate in the Parliament, could allow the royal family to continue using the palace.

“We hope for a long-term solution to the problem through the passing of this bill and we have all reasons to believe that the bill concerning the Royal House will be adopted by the Parliament,” Popper said.

He explained that most of the palace is used for public events and “it is not simply a place where the royal family lives.” “At this point we are in talks with the Government to find a provisional solution and, over the past few days, we have found a lot of good will from the Government and we hope, we are almost convinced, that an intermediary solution will be found,” he said.

Popper also explained that the problem is not that the royal family doesn’t have a place to live but that it was concerned about the historical value of the building, which should be preserved.

As previously announced, he said the royal family could leave the palace on February 5, the legal deadline after which it needs to vacate it, if no other agreement is reached.

At the same time, Popper explained that the bill concerning the Romanian Royal House was drafted by the Ciolos government. “We have received assurances from important political parties in Romania that they would continue to support the bill, and we hope and trust that it will pass within a reasonable term,” he said.

The previous government of Mihai Tudose gave a negative opinion on the bill concerning the Romanian Royal House.

Upon his return to Romania, King Michael claimed back only the properties he held in a personal name, not those that belonged to the wider royal family, as was the case with the Elisabeta Palace.

Among the properties he got back are the Peles and Pelisor castles in Sinaia. The Peles castle is also the king’s birthplace.

Referring to the two properties, Popper explained that they were leased to the Culture Ministry for a small sum but that the institution did not maintain them as promised.

“The Peles castle was leased for a very low rent. Around EUR 10,000 per month. A very small sum, considering the properties we are talking about. This is not an accident, it is because we want it to be a museum, to be open to the public, for the benefit of the entire nation. The problem is that, when we leased the Peles and Pelisor for these minimum rents, the Culture Ministry undertook the obligation to maintain them in a respectable state, and, unfortunately, it has not fulfilled that obligation,” Popper said, quoted by News.ro.

He also explained that the Royal House attempted to renegotiate a higher rent when the contract expired, and undertook to use the difference to support the maintenance of the two properties. However, the Culture Ministry declined, saying it lacked the funds.