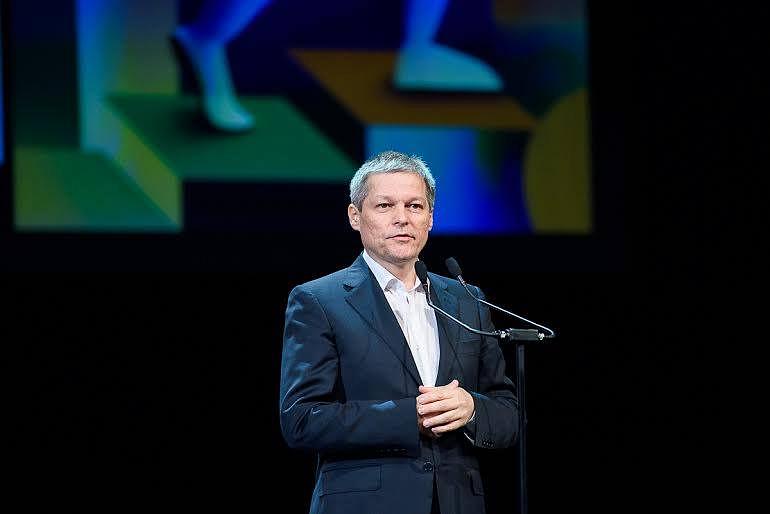 Romanian Prime Minister Dacian Ciolos’s platform that states his principles for the future Government’s program has gathered a strong support online but was acidly criticized by his main political opponents.

More than 39,000 people signed the online petition in little over a day and the Facebook post in which Ciolos announced his platform gathered 25,000 likes and 12,000 shares.

Meanwhile, the politicians had mixed reactions. President Klaus Iohannis said that launching the platform was a good step for Ciolos and liberal leader Alina Gorghiu rushed to endorse it while social-democratic leader Liviu Dragnea said the platform was a list of illusions, and former Prime Ministers Victor Ponta and Calin Popescu-Tariceanu accused Ciolos of plagiarism or having others create the text.

Dacian Ciolos’s platform Romania 100, which was launched on Monday evening, October 17, is his way of attracting political support to continue the big projects he has started as Prime Minister in the past year. Rather than joining a political party and accepting its agenda, Ciolos has stated his agenda and asked the political parties that share his vision to support it after the elections.

He explained he did this because he wanted his Government to remain independent until the end, as was its mandate received in November 2015.

“I believe that Romania can have a different way of managing the public interest, an open one, in dialogue with people, starting from the idea that the general interest is better served by a professional administration and not a politicized one. This is what I’ve started to do this year. It hasn’t all gone well, but we’ve tried to honestly correct the mistakes we’ve made,” Ciolos said in his opening statement.

“I believe that the change can continue. From my point of view, a governing project after the December 11 elections should be developed based on publicly assumed principles, supported by parties, politicians, civic groups and organizations, business people, by all of us who believe this change is necessary,” he added.

The platform’s ten principles state that Romania should try to become a country without corruption, with a responsible political class, governed with common sense, in which people find work and are paid correctly for their work, a country without poverty, with a competitive economy, educated and healthy, a country that matters in the EU and NATO, and where all Romanians feel like home.

Ciolos also proposed several concrete measures to be taken in the first 100 days of the next governing period, such as restructuring the Government to have a lower number of ministries, restructuring central administration, continuing to reduce bureaucracy, making sure that IT spending is done wisely, and clearly prioritizing public spending.

Former Prime Minister Victor Ponta commented that Ciolos plagiarized the title of his project to organize the events celebrating 100 years since the Great Union, which the Government adopted in 2014, but “not the rest”. He added that his project Romania 100 was a national program for all Romanians while Ciolos’s is a “political slogan” for PNL and USR. Ponta also said that the program of the Social Liberal Union (USL) for the 2012 parliamentary elections had hundreds of pages elaborated in over one year, while Ciolos’s platform is a gathering of slogans “let it be good so it won’t be bad” which doesn’t mention how those projects will be carried out. He also criticized Ciolos for wanting to be Prime Minister without running in the elections.

PSD leader Liviu Dragnea’s comments were similar to Ponta’s. He also accused Ciolos of plagiarizing PSD’s program in 2014 and said that the platform was a “list of ilusions” that didn’t also include solutions to the Romanian’s problems. He added that the Prime Minister’s document was meant to mask the lack of solid governing programs from PNL and USR, the main parties who have announced their support for Ciolos.

Former Prime Minister Calin Popescu Tariceanu, the leader of the Liberal Democratic Alliance (ALDE) said that the platform was not written by Ciolos but by “those who use him as a front for their personal interests”. He said that Ciolos is not an independent Prime Minister by President Iohannis’s Prime Minister and that the President will try to name him at the helm of the next Government regardless of the people’s will. Tariceanu even alleged that the corruption case against former PNL co-president Vasile Blaga, which was rather old, was brought to public attention recently to free up the PNL leader’s seat for Ciolos.

PNL’s current president Alina Gorghiu reacted to Ciolos’s platform saying that it was much aligned with PNL’s vision and that the liberals would support it.

Meanwhile, President Klaus Iohannis commented that Ciolos showed he was willing to go further with his projects and that the platform was “very good”. “It includes things that we all want. These are principles that should guide the political and economic life,” Iohannis said.

“I assume that Mr Ciolos came with this platform not just to show the world that he has a healthy thinking but that he’s also willing to go further. On what position, this depends on the voters, because this fall we have parliamentary elections not governmental elections,” Iohannis added.

He also said that he would definitely name a political Prime Minister after the elections, but nuanced his statement adding that the PM would be proposed by the political parties.