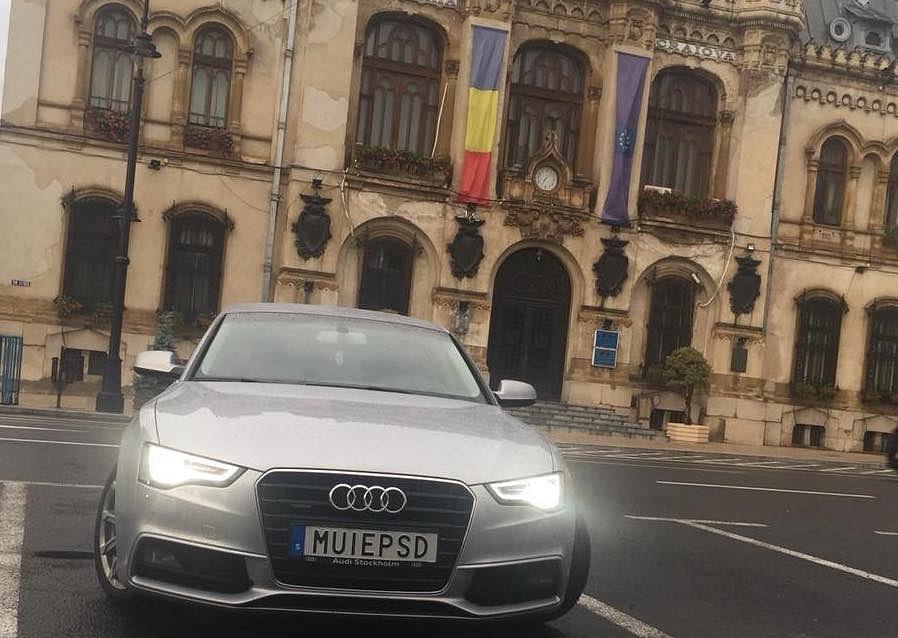 A Romanian who personalized the number plates of his car registered in Sweden, to protest against the Romania ruling party, had his plates confiscated and his driver’s license suspended while on holiday in Romania.

The Police told Razvan Stefanescu, the car owner, that the plates are not valid in Romania, according to Mediafax. However, the Swedish Embassy wrote in a Facebook post that the plates should be valid throughout the EU.

The Romanian, who lives in Sweden and whose car is also registered in Sweden, recently became one of the main topics in local media and social media, after he entered the country with a car whose number plates display a text that reads as a swear against the Social Democratic Party (PSD).

The car’s plates read “MUIE PSD”. According to the Romanian dictionary DEX, the first meaning of the term “muie”, which comes from the Romani language, is “mouth” and one of its derivate meanings is “to deceive”. However, the term is more commonly used as a swear, as it also signifies an invitation to oral sex or the equivalent of showing someone the middle finger. Thus, the authorities’ reaction.

On Monday morning, the traffic police stopped him in Bucharest and confiscated his personalized plates saying they were not valid in Romania. Moreover, the police also suspended his driver’s license and opened a criminal file on his name for driving a car that didn't have the legal license plates. The Police issued a statement and said that it consulted with the Stockholm Interpol Office, which said the personalized plates were only valid in Sweden.

The man said the local traffic police had stopped him four other times before, although he broke no traffic rules.

The Embassy then issued another statement to clarify that according to the Swedish Transport Authority the plates were valid outside Sweden as well but that some countries can refuse to accept them, in which case the car owners should also have the original plates to change them.

In a press conference on Monday evening, Police representatives explained that they had never faced such a situation and that the personalized plates were illegal in Romania. They explained that, according to the 1968 Vienna Convention, license plates must contain only digits or a combination of digits and letters while the personalized license plates only had letters. However, it appears that the Convention was amended in 2015, at Belgium’s request, precisely for allowing such personalized plates, according to G4Media.ro.