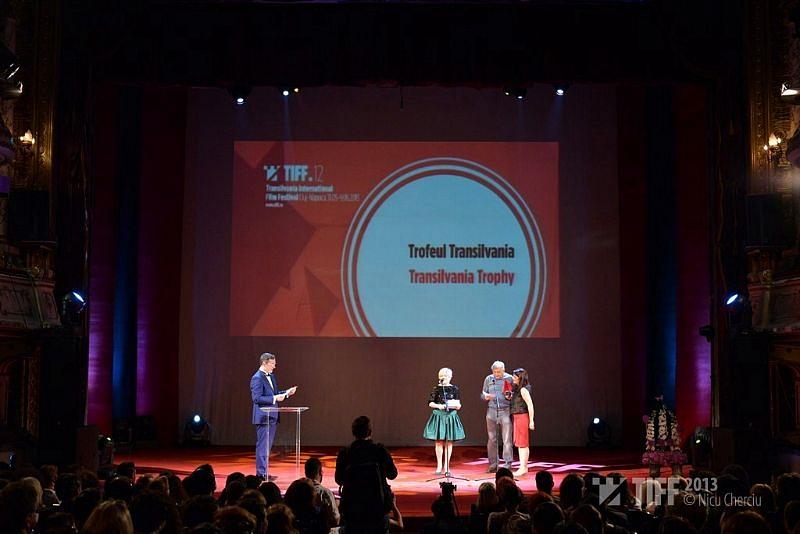 Another edition of Transilvania Film Festival has just ended, another lovely time in Cluj, another week of cinematic, but not only, revelations. The competition had more than one excellent entry, like the superb winner, Ship of Theseus, or the best thriller I've seen in ages, the Danish A Hijacking. Other sections fared just as well. I was particularly impressed with a Belgian drama about a remote village devastated by a year in which spring doesn't come, the heartbreaking and poetic The Fifth Season.

The Romanian Days section was its usual fine mix of classics, more recent successes and premieres. The most amazing find this year was a silent film made in 1925, Manasse. The drama set at the turn of the century was a scandal at the time of its release because it tells the love story between a Christian man and a Jewish woman, criticizing the massive religious intolerance of that period. A DVD launch of Lucian Pintilie's complete works was another historic moment. Pintilie, who's Reconstituirea/Reenactment, is regarded as the most influential Romanian film of all time, should have had his films released much sooner. This DVD is a wonderful homage to a brilliant, unrelentingly outspoken artist and a great means to make his films accessible worldwide.

Further screenings included recent releases, like the multi-awarded Poziţia copilului/The Child's Pose, the gently amusing pet comedy Domestic, the bleak Rocker, the 30-something love drama O lună în Thailanda/A Month in Thailand, and the delicate study of the phenomenon of children left behind by their parents working abroad, Aici... adică acolo/Here... I Mean There, which was also named Best Romanian Feature. But the more exciting part of the Romanian Days are the premieres, and this year's selection had quite a few gems and one massive surprise in store.

Iulia Rugină's long-feature debut, the comedy Love Building, is just what Romanian cinema needs: a hilarious, gentle, clever comedy for a large audience. The story is quite simple: a group of therapists organize a workshop for couples with love issues but the complications and permutations arising while these people are working hard to get back their mojo is very entertaining. The audience was roaring with laughter and this was by far the most amusing experience at TIFF. Love Building deserves sold-out cinemas and instant fame.

Matei copil miner/Matei Child Miner was one of the most beautiful films I saw at the festival, a gorgeously shot, touching drama about a taciturn teenage boy growing up with his grandfather in a poor mining town. It's not a perfect picture but its visual beauty is overwhelming and the images stayed with me long after the screening.

Finally, the big blow. Tom Wilson's Experimentul Bucureşti/The Bucureşti Experiment, about psychological engineering experiments in the wake of the 1989 Revolution, made people jump in their seats at the end and telling you more would be too much of a spoiler. While I was a bit taken aback by the film's last part, it certainly made my jaw drop, like everyone else's in the audience, I do admire its message of talking honestly about the horrors of the communist regime.

The Romanian Days would not be complete without the ever-surprising short film screenings, but more on this in the next column.