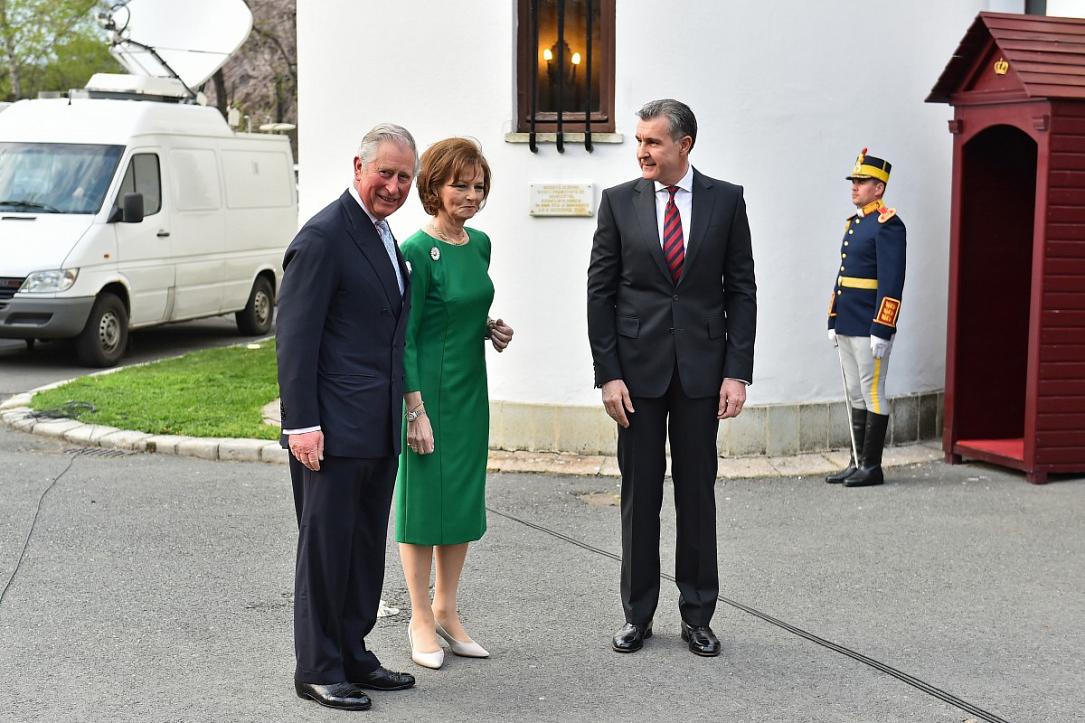 Prince Charles, who is ending today his three-day visit to Romania, met yesterday with the Princess Margareta and with Prince Radu, the representatives of the Romanian royal family. The meeting took place at the Elisabeta Palace in Bucharest and was a private tea event.

Princess Margareta is the goddaughter of Prince Phillip, Duke of Edinburgh, the father of Prince Charles.

Later Thursday evening, the Prince of Wales attended a reception organized by the UK Ambassador to Romania Paul Brummel and Aura Woodward, the director of the Prince Wales Foundation in Romania.

Representatives of British NGOs working in Romania, of the Anglican Church, of several UK companies, of the Romanian British Chamber of Commerce, of NGOs working with the Roma or on justice issues, and Romanian officials attended the reception, organized in the prince’s honor.

“The purpose of this visit is to celebrate the very close ties between the UK and Romania,” ambassador Paul Brummel said at the beginning of the event.

As part of his Friday schedule, the prince walked through the Old Town of Bucharest, and visited the Stavropoleos Church, the Old Princely Court and Manuc’s Inn, all some of the capital’s most popular tourist attractions.

The Prince of Wales also visited today the National Theater in Bucharest, where he met with the theater’s director Ion Caramitru and the director of British Council Romania, Nigel Bellingham. The prince saw how the stage settings are made and attended a performance prepared for his visit, featuring the TNB director and actor Ion Caramitru, Dan Puric, and the ActOrchestra.

After the stop at the National Theater, the prince visited the Bucharest center of Hospice House of Hope, where he had conversations with the adults hospitalized in the center and with the children benefiting from the day-care services of the center. He joined the later at the table where they were painting Easter eggs.

Prince Charles began his visit to Romania on Wednesday, when attended a ceremony at the Monument of the Unknown Soldier in Bucharest’s Carol Park. During his visit he met with president Klaus Iohannis, who decorated him with the Star of Romania order, and with prime minister Sorin Grindeanu. On Thursday he visited the Village Museum in Bucharest, the Vacaresti Nature Park, and the Romanian Patriarchy, where he met with Patriarch Daniel, the head of the Romanian Orthodox Church. 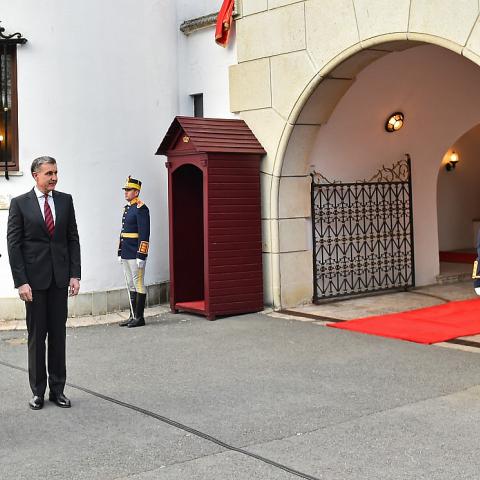 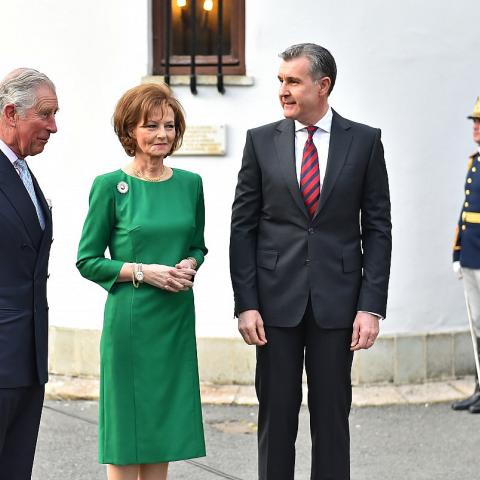 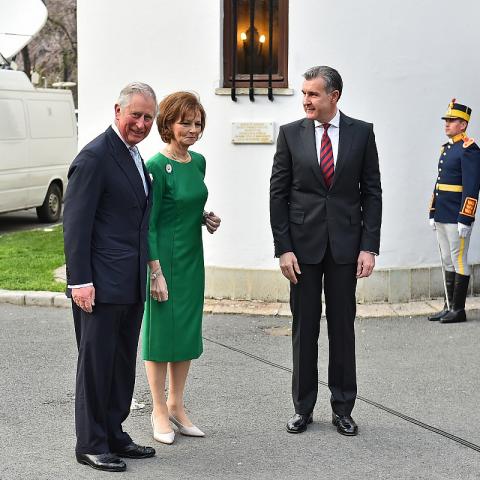 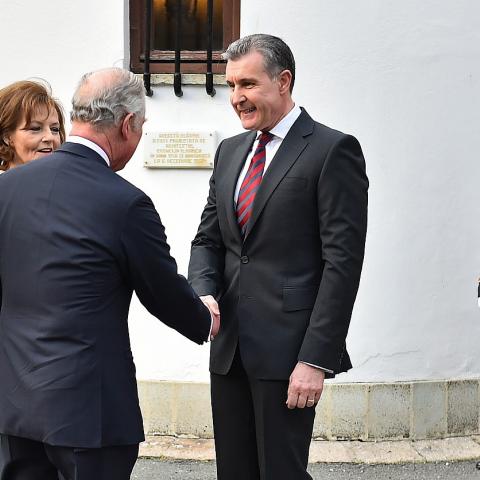 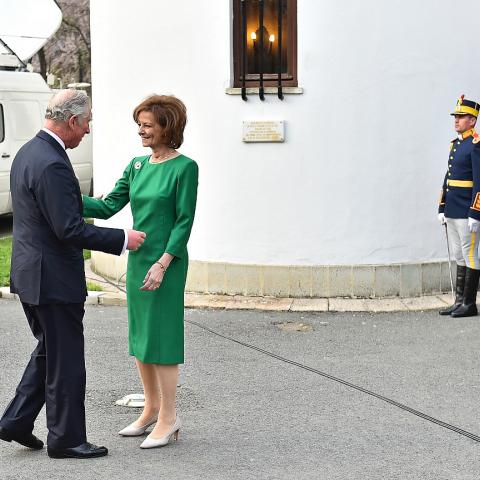 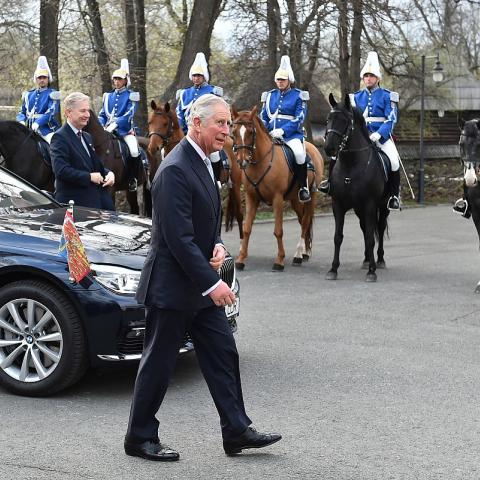 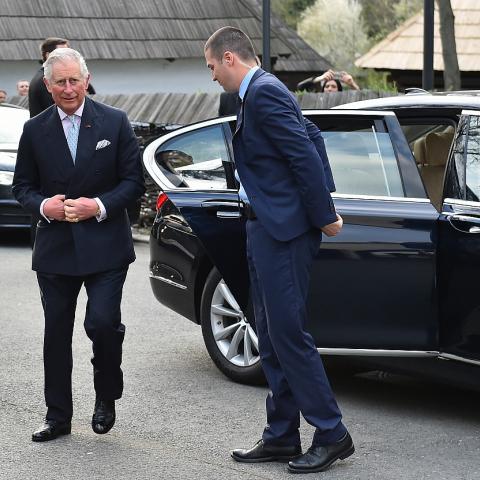 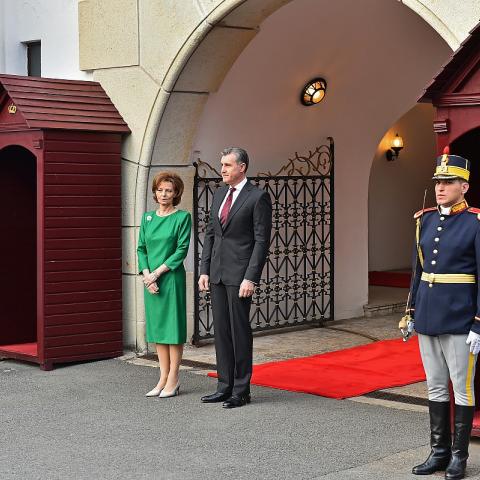