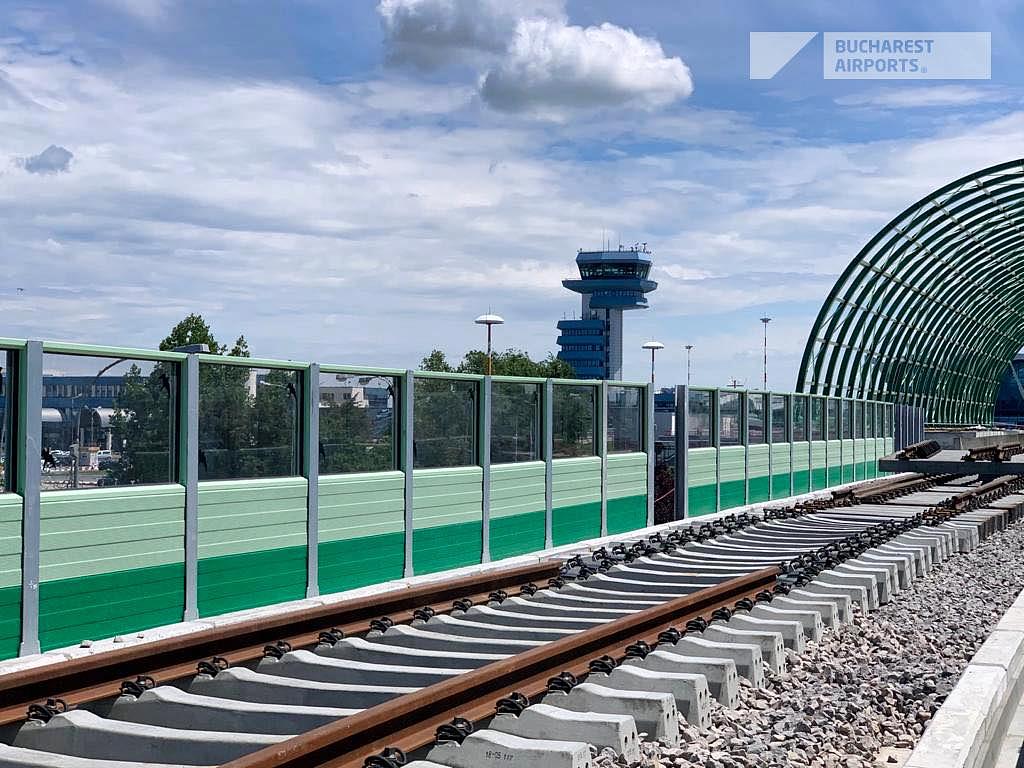 Works on the railway segment that will connect Bucharest’s Henri Coandă airport, its main one, to the city’s largest train station, Gara de Nord, are moving forward as the railway tracks have been set up in the area of the airport station, Hotnews.ro reported.

Railway tracks have also been set up on the viaduct reaching the national road DN1, as have the passenger conveyors allowing access to the station’s platform.

The Bucharest Airport Company (CAB) published photos of the advancing project, which is due to be finished by August 26 of this year.

The project was initially set to be ready in June, in time for the Euro 2020 football championship, but was pushed to end-August after the competition was postponed.

The project includes the construction of almost 3 kilometres of double railway plus a 1.5-kilometre viaduct that will pass over DN1, the busiest road in Romania, and a passenger terminal at the airport. The value of the contract is RON 398 million (EUR 84 mln) plus VAT.

The project was challenged in court by a hotel operator in Otopeni and by Romanian billionaire Ion Tiriac, who owns an ice-skating rink next to the train route, on safety grounds. However, the Transport Ministry has reached an agreement with the hotel operator and settled the dispute with Tiriac earlier this year after agreeing to build a train station next to the ice-skating rink.