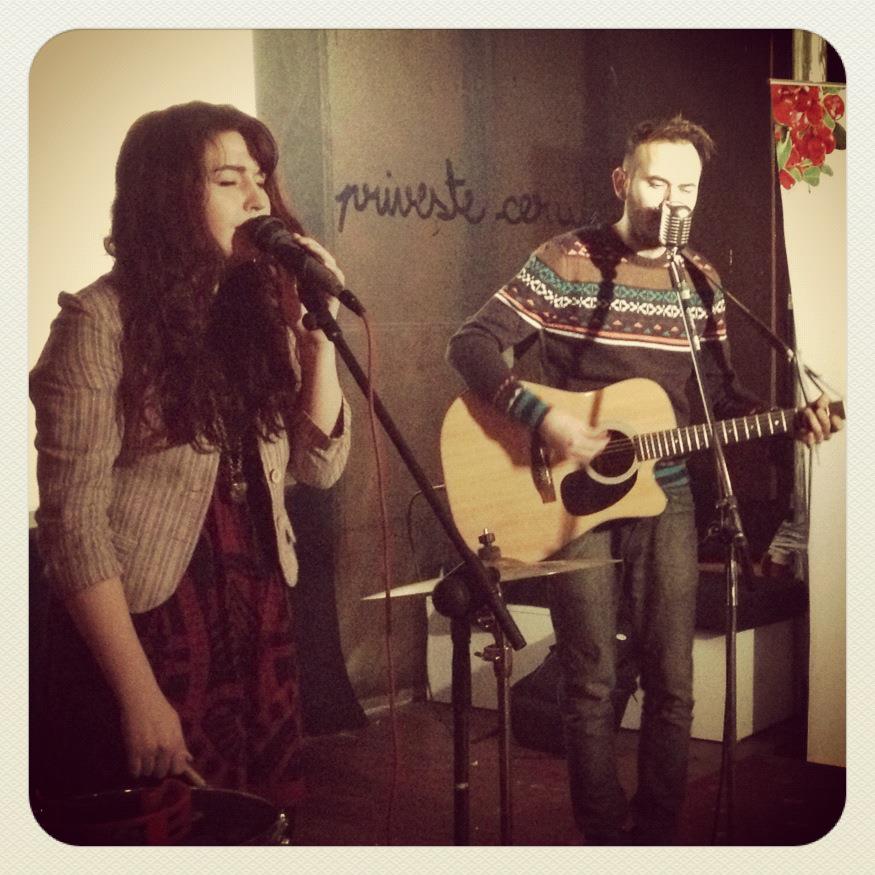 This new song from We Singing Colors is the perfect soundtrack to review the year which is coming to a close. The song, called Good Days/Bad Days, has a strange beat at first, which slowly wins you over. The acoustic guitar driven clean sound and the addition of some instruments such as the harmonica, and the whistling at the beginning, make it an interesting blend.

The song is in English, the lyrics are simple and repetitive, but it kind of makes you want to listen to it again. So while we're remembering what 2012 brought, let's listen tot his new Romanian song.

We Singing Colors describe themselves as an acoustic / naive electronics band from Bucharest and are Andrei Hategan  from the band The Amsterdams and Roxana Niculae.

With a very intimate setup, (vocals, guitar, toy piano, toy xylophone and percussion), the band played mostly in Bucharest, but also in Iasi, Tg.Mures, Peninsula Festival. They're currently working on their debut album, to be released early 2013.