Skip to main content
Travel
On the house: Free activities to try in Bucharest 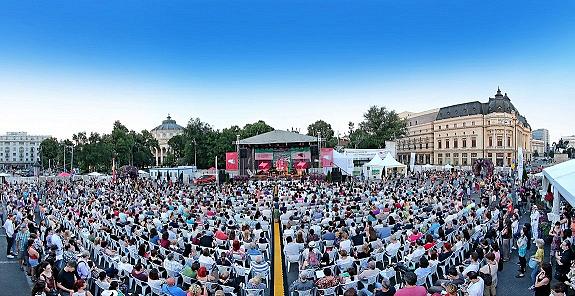 The capital its share of cultural events that don’t require the audience to reach for their wallet. From concerts and street theater festivals to film screenings, we list some of the events below.

Apart from the free access granted on the Night of Museums, several museums in the capital have one day a month when they allow visitors to see their collections without paying. The National Museum of Art of Romania and its satellite museums offer free access on the first Wednesday of every month. The George Enescu Museum offers free access on the 26th of every month, or on the next working day if 26 is a day when the institution is closed to the public. Meanwhile, the Bucharest Municipality Museum often has outdoor photography exhibitions that can be seen without a fee.

Attend a concert or a see a film

Bucharest has a host of events during summer months that can be attended for free, ranging from the light festival Spotlight to the Bucharest Jazz Festival or the street theater festival B-Fit in the Street. This year, Spotlight brought not only video mapping projections but also a concert of French DJ Bob Sinclair. The Bucharest Jazz Festival, taking place between July 1 and July 7, has free concerts in the capital’s George Enescu square. Similarly, B-Fit in the Street, brings international theater companies for various performances held in several spots in downtown Bucharest. The Christmas fair organized by Arcub, one of the cultural centers of the Bucharest City Hall, also offers several free-entrance concerts. Grădina cu Filme – Cinema & More, a program run by Creart, another cultural center of the City Hall, includes a series a free film screenings that mix classic and contemporary productions. Among the films scheduled for June are Inherent Vice, The 15:17 to Paris, A Star Is Born, Interstellar, When Harry Met Sally…, The Legend of Tarzan, Collateral Beauty, American Sniper, Dunkirk, The Nice Guys, and Sully. The program can be checked here. Attendance is free within available seating.

The foreign cultural institutes present in Bucharest regularly organize events where the public can get acquainted with the culture they represent. Fans of Spanish-language cinema can get their fix at the Cervantes Institute, which holds various film screenings that can be attended without a fee. The program is available on the Institute’s website and prior confirmation is necessary as seating is limited. The Czech Center organizes various film screenings where attendance is free, and the program is not limited to Czech-language films. In its turn, the Goethe Institute supports live broadcasts of the concerts of the Berlin Philharmonic, offering the Bucharest public the opportunity to see some of the world’s top classical artists perform. The broadcasts are shown at the Bucharest Conservatory, and entry is also free of charge. Also for classical music enthusiasts, the George Enescu Museum organizes various music recitals that can be attended for free. The program is shown on the museum’s website.

Street Delivery, the festival that aims to give the city back to its residents, offers a wealth of activities and opportunities to get acquainted with projects and events that put the relationship between the city and its inhabitants under the spotlight. This year, Street Delivery plans to bring at this year’s edition poetry on the streets of Bucharest, in several of forms, which the public can discover between June 14 and June 16 on Arthur Verona St. Before this, between June 9 and June 11, several Street Delivery I’M UAU workshops take place on Edgar Quinet St.

The capital is not short of events where the interested public can meet both local and international authors, and ask them questions in person or via Skype. Local publishing houses organize numerous such meetings, which require however previous registration. Furthermore, the capital’s two main book fairs, Bookfest and Gaudeamus, are another opportunity to hear your favorite authors share their thoughts on their latest books. While at Bookfest entrance is free of charge, a fee is required at Gaudeamus.

This protected area is sometimes referred to as the Bucharest Delta and is located only 4 km away from the city center. Nature fans can spot here more than 130 species of birds here (and counting), as well as fish, reptiles, and mammals such as otters, foxes or weasels. Access to the presentations held at the park’s Observatory is free, based on previous appointment. The topics discussed are varied and range from introductions to birdwatching to biodiversity preservation or the history of the park. More information here.