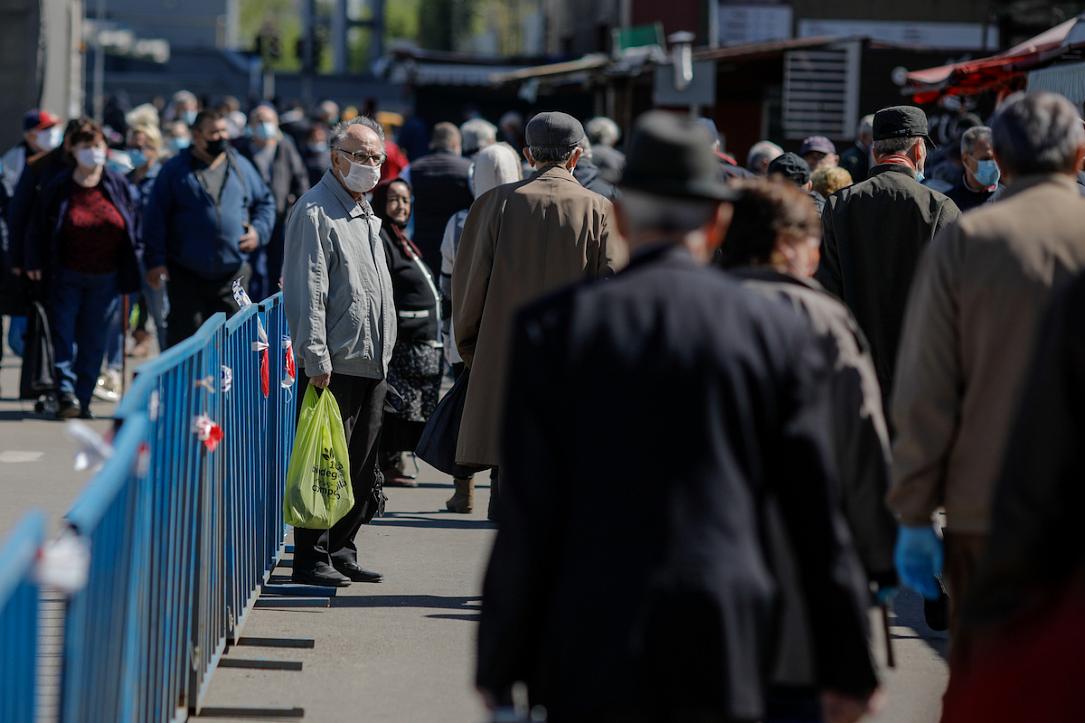 Bucharest's 14-day COVID-19 incidence rate reached a record level of 10.93 cases per thousand inhabitants on Wednesday, October 6. The day before, the infection rate was 10.31 per thousand.

The highest infection rate, of almost 12 per thousand, is in the capital's District 1, according to Digi24. At the other end, the lowest incidence rate is in District 3 - 8.96 per thousand.

Several restrictions are currently in force in Bucharest, as the authorities are trying to limit the spread of COVID-19. Thus, according to a decision of the capital's Committee for Emergency Situations, wearing a mask is mandatory in crowded public spaces such as markets, fairs, public transport stations, commercial areas or at the workplace. People also have to wear a mask when travelling by bus, tram, subway, or other means of public transport.

There is also a night-time curfew in place, between 20:00 and 05:00, but only for unvaccinated people. This movement restriction does not apply to those who were fully vaccinated or have already been infected.

Meanwhile, bars and clubs in Bucharest are closed. The shops close at 22:00.

Romania reported 14,744 new COVID-19 cases on Wednesday, October 6, out of a total of 70,271 tests performed over 24 hours. According to the same official report, 331 COVID-19 patients died in the past 24 hours - a record number for Romania since the start of the pandemic.

President Klaus Iohannis expressed his concern before the release of the official data on Wednesday, saying that the current situation is "a catastrophe."

"I received today's data on the pandemic. We have almost 15,000 cases. Unfortunately, we have over 330 deaths today. It's a catastrophe," Iohannis said, according to News.ro.